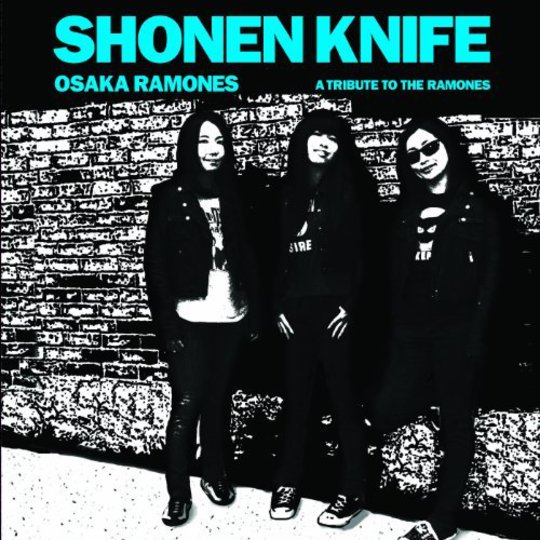 They are still referred to as a ‘girl group’ by many, even though the members of Shonen Knife are surely now well into their fifties, having been going for 30 years. Much like their love for punk-rock however, Shonen Knife show no sign of waning and it’s not hard to imagine them still making addictive garage rock and playing endorphin-inducing live shows until their dying breath.

Shonen Knife formed in Osaka, Japan, in 1981, spurred by singer/guitarist Naoko Yamano’s first encounter with a Ramones record. Their music has always been heavily influenced by Joey and co and bands of their ilk. Throw in the odd harmonious Sixties girl groups/Beach Boys sensibility, post punk riffs and some rawk and you've got it. Shonen Knife never tried to reinvent the wheel but somehow managed to stand out from many bands in the post punk world. Live they are as awesome as a punk rock band truly in love with their genre can be. It’s not surprising they became darlings of the US alternative scene, idolized by the likes of Thurston Moore and Kurt Cobain.

Some of Shonen Knife’s songs have titles such as ‘Ramones Forever’, but you would already have guessed from their music that they are enamoured of the skinny-jeaned New Yorkers. I guess there are some comparisons that could be made to bands like Helen Love in terms of the way in which Shonen Knife wear their influences all over their sleeves.

But if Helen Love turn you off, still give Shonen Knife a chance. Do not, however, begin with Osaka Ramones. It’s not that it’s a bad album, it’s just it does exactly what it says on the tin: covers the Ramones. Shonen Knife don’t change anything. The only difference is it’s evident from the vocals that they are a female Japanese punk band and not a boy punk band from Queens. Also, well... the covers just don’t sound as good. As an experiment I listened to the Shonen Knife covers of the Ramones back-to-back with the originals and was struck by how much fresher and more evocative the Ramones versions sounded. This is the fate of tribute bands and this is Shonen Knife being a tribute band, not Shonen Knife showing the full extent of what they can do.

Seeing them perform live as Osaka Ramones makes total sense. It is an awesome spectacle that would blow away your average tribute band as they inject so much energy which isn’t evident on this record. Still they usually sneak in some of their own songs, and are so much the better for it.

If you love Shonen Knife wholly you will probably enjoy Osaka Ramones to some extent. Otherwise, take my advice, begin with a different album, Burning Farm perhaps. Oh and listen to the Ramones too. It’ll do you good and Shonen Knife would want you to.