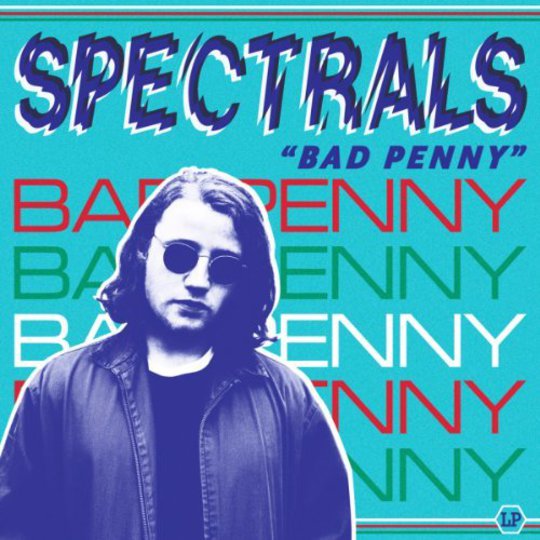 Music is cyclical. I think we all know that. Certain sounds and styles disappear, only to re-emerge decades later. All young bands are in thrall to the former greats. The past is always in vogue.

This is a generalisation, of course, but it seems a reasonable place to begin when discussing Bad Penny, the well-worn debut album by Spectrals, aka 21-year-old Louis Jones.

Well-worn? Well, yes. There’s nothing wrong with wearing your influences on your sleeve, provided you bring at least a little warmth and originality to the table. By and large Jones merely photocopies the past, and the result is a pleasant but ultimately listless record.

The frustration comes from the unrealised possibilities. Jones’ voice is excellent, a mellow Yorkshire croon that helps to suffuse the album with a soothing amber glow. Lyrically, the record is less impressive, hamstrung by a reliance on simplistic phrasing and unwelcome repetition.

Musically, too, there is a lingering suspicion that Bad Penny could be so much more. On a technical level, there is plenty to admire. Jones plays all the instruments himself (with the exception of drums, played by his brother Will), and does a fine job. In particular, the jangly, doo-wop inspired tones he coaxes from his guitar can be evocative indeed, conjuring vague images of dusty cocktail bars and sun-bleached cities.

But then, that vagueness is part of the problem. Melding genres together is common enough, and Jones’ attempts to concoct a mix of pop, soul and garage rock are admirable. Unfortunately, it largely comes off as scattershot and unsure. Rather than a confident merging of styles, Bad Penny is an album that tiptoes uncertainly from one genre to another, never sounding fully comfortable and always sounding a little tepid.

It’s a shame, as this album arrives on the back of some largely justified buzz, mostly inspired by Spectrals' atmospheric live show. I imagine most of Jones’ fans will be disappointed, particularly as he clearly possesses the musical chops to craft a much more accomplished record.

Until he returns, Bad Penny does nicely as background music. It has an idle drifting quality that suits casual listening very well. Whether that’s all you want from an album is another question. I think it’s safe to assume you want more, and if that’s the case what you’re left with is less Bad Penny and more Mediocre Penny. Oh well.