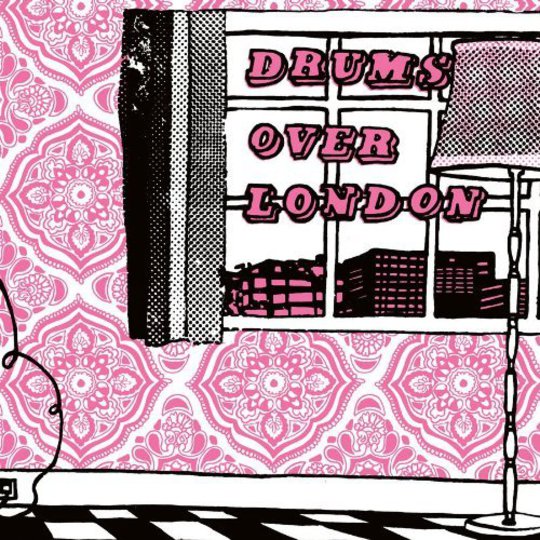 Everyone who gives enough of a shit about punk rock to read up on its early movements will have undoubtedly absorbed the received wisdom about 1977 being a ‘year zero’ for thousands of young British urchins. Understand, though, that just because another redux of this creaking historical factoid is most unnecessary, it doesn’t mean it’s untrue. Suddenly, it was glaringly obvious that you didn’t have to be musically gifted or wealthy to make ‘being in a band’ a viable lifestyle choice – and what’s more, your songs could employ the same subject matter and profanity as your private conversations with pals. Hate something or someone? Punk was the obvious musical medium. Accordingly, late-Seventies Britain was swamped with punk singles, literally thousands of them, by bands who became household names, bands whose rockstar ambitions amounted to naught, bands who just wanted their self-expression to physically manifest itself.

Bands like the Disco Zombies, who formed in Leicester in 1977, moved to London after one 7-inch to be closer to ‘the biz’ and, despite issuing two more singles, made little impact. Over time, though, their songs have been lauded by folks heavily into the whole Messthetics/UK DIY subset of punk record collecting. Acute Records, having previously compiled similarly scarce and British flotsam by The Prefects, The Lines and the Fire Engines, have been trusted with this project. (It partly stems from Disco Zombies singer Dave Henderson, now part of the editorial team at Mojo, asking Acute for a song by French avant-punx Metal Urbain to include on a covermount CD.)

Drums Over London, named after the band’s highest profile song and comprising 15 tracks recorded over about two and a half years, doesn’t harbour extremes. Disco Zombies weren’t the fastest or angriest or most distorted or offensive (or, indeed, melodic or placid) punk ensemble of the time. Nor, ultimately, were they the best – and even so, there is stacks of great hooks and clever and/or memorable lyrics in here. Even if you aren’t an especially zealous punk archivist, this is a glowing example of what was happening below the surface. As I say, punk was – is – a chance for the grouchily disaffected to sound off about that which irks them, and Disco Zombies’ development in this regard is slyly fascinating.

Their Buzzcocks/Jam-esque debut EP Invisible, recorded in 1978 but actually released just after ‘Drums Over London’, has a song clowning on Top Of The Pops, and two squaring up to the disco scene (hence the band name). Henderson’s grievance seems to be less with the music itself, more the feelings of social inadequacy it instills in him: ‘Punk-A-Go-Go’ hails a movement which served as his escape route. ‘Drums…’, a vaguely Wire-ish four-minute rolling chug from early ’79, is an anti-racist song which paints the bigots of the time with the same colonialist language they’d likely employ themselves: “The natives are restless, they’re brandishing their Spear & Jacksons / Their primitive chants are disguised as national anthems.” Admittedly, it’s more ambiguous later on, and while the heat the group caught was misguided, listeners can probably be excused for not being able to see the DZs’ air quotes hovering above the vinyl.

Although the – generally informative – sleeve notes don’t divulge who was responsible for which DZs lyrics, one gets the impression that someone was having a bit of girlfriend trouble by 1980. Final single ‘Here Come The Buts’, a stark and repetitive march with Joy Division guitars, finds Henderson “sad in the extreme”; on the flip, a tribute song for bongo movie icon Mary Millington renders matters more jovial, if you skate round the fact she’d recently committed suicide. The final six songs on Drums Over London, all unreleased until now, include a similar précis of 1968 movie The Year Of The Sex Olympics; ‘Target Practice’, which is about shooting your ex with an air rifle and, in its Richard Hell swagger, is this album’s first suggestion of a US punk influence; ‘New Scars’, like a weedier English adaption of the Dead Boys’ ‘Ain’t It Fun’, although this seems more likely to be coincidence.

Appropriately for a very consciously British band, we close with ‘Where Have You Been Lately Tony Hateley?’, named after a journeyman centre-forward active in the previous two decades. The rollcall of retired footballers in the lyrics render Disco Zombies a full decade ahead of Hornbyism and ‘World In Motion’ in the pop culture/football crossover stakes – except at the time, this type of music and this type of sporting nostalgia were about as ‘establishment’ as each other, i.e. not very. Even if second guitarist Andy Ross, future Food Records boss, went on to discover Blur.