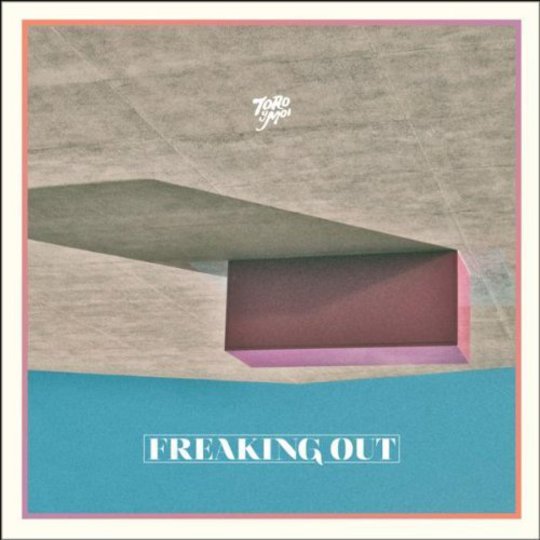 “Look, over there on the ‘next big thing’ horizon! Someone’s trying to break free from the overprotective claws of hipsterville.”

“Are they chillwave, glo-fi or psych-folk?”

“What... How is that important? It’s Toro Y Moi and he’s got a new record out called Freaking Out.”

Seriously, leave your preconceptions at the door when spinning Toro Y Moi’s latest EP. None of these tracks, not least ‘Saturday Love’, a straight-laced cover of the schmaltzy Eighties R&B duet between Cherelle and Alexander O’Neil, take themselves seriously. So just erase all thoughts of the c-word from your mind and get in on the louche electronic fun.

Picking up where the immediate and unashamedly joyous ‘How I Know’ left off on this year’s second album Under The Pine, Freaking Out is an offering of big hooks and wistful smiles. Its title track sets the mould with a funky line in breakbeat drums and shimmering synth, while both ‘Freaking Out’ and ‘Sweet’ dutifully follow with gleeful vigour. At times it can seem Chazwick Bundick has shorn a few too many of his eccentricities for an almost untaxing listen, yet ‘I Can Get Love’ pulls the EP back onto the ethereal, if familiar, turf of haunting organ noises and echo-treated vocals.

‘Saturday Love’ is probably the best representation of where Bundick is right now. A producer not afraid to lend his charms to mainstream pop, just as long as that mainstream pop is over 25 years behind the curve. As compelling as it would be to see this former bedroom-based meastro reach for the top of the Hot 100, for now it’s entertaining enough to hear his faithful rendition of a profound lyric sheet, “Sunday, Monday, Tuesday, Wednesday, Thursday, Friday, Saturday love.”

For all the puritanical spoilsports trying to confine Toro Y Moi to an unfortunate genre box, Freaking Out has the chops to confirm him as an interesting artist in his own right, rather than as the product of a semi-coherent micro-scene. The signs are that Bundick will outlast most of the hyperbolic blogs that first brought him to attention and that is an overwhelmingly good thing.