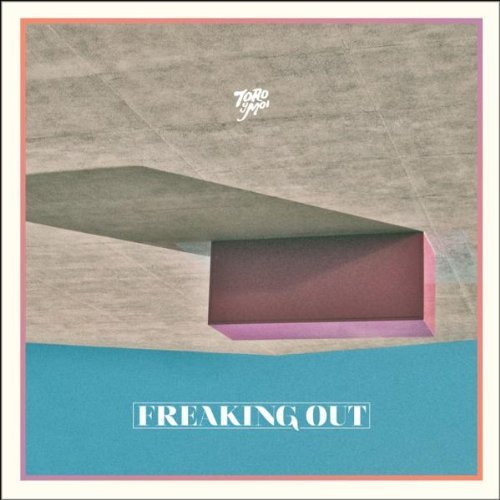 The signs are that Chazwick Bundick will outlast most of the hyperbolic blogs that first brought him to attention and that is an overwhelmingly good thing. »

for toro y moi;s chaz bundick, 2011 has seen the release of his acclaimed sophomore album, 'underneath the pine', remix work for tyler, the creator, a split 7" with cloud nothings, and a steady stream of international tour dates. just over halfway through what's already been a busy year, the prolific producer has a brand new batch of lavishly funky material to offer. bundick's latest is no sloppily assembled bunch of pine session throwaways. freaking out was put to tape in june during a period of touring quiescence. the release finds bundick revelling in twenty minutes of boogie, roping in the heavy sounds of groups like the gap band and mtume. while the first two tracks are modern takes on the 80s post-disco vibe, 'sweet' sounds like the product of a todd edwards and teddy riley collaboration, with smooth synths weaving in and out of meticulously chopped and arranged vocal samples. the new jack influence spills over into the cover of cherrelle and alexander o'neill's 'saturday love,' in which a swing-beat carries along fluttering piano lines steeped in delay. the mini-album's crown jewel, 'i can get love,' sees bundick assimilating styles of each of his to-date releases, with the synthesized funk of causers of this, the irresistible hooks of pine, and dance alias les sins' penchant for filter effects and house beats. full of energy and crafted with a conciseness that begs repeated listens, freaking out is toro y moi's most concentrated venture into pure dance floor hedonism.
description from www.roughtrade.com