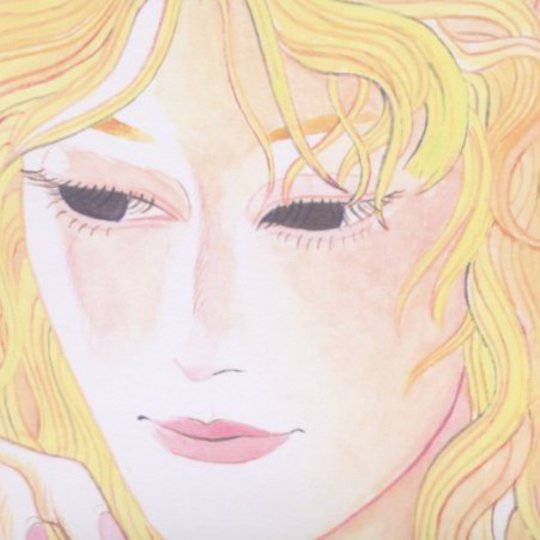 Although In Heaven is nominally the début album by Long Island quintet Twin Sister, it somehow nonchalantly skips around the very notion of the début album as definitive musical statement. That's not to say it doesn't arrive with the weight of expectation on its shoulders; since their 2008 début EP Vampires With Dreaming Kids they've garnered a growing fanbase and further critical acclaim, with last year's Color Your Life EP, particularly the indie-pop disco-topia of 'All Around and Away We Go'. That those two EPs fitted together so nicely for the group's debut UK release last year is testament to a the development of a distinctive sound, deep and warm, cool and catchy, as capable at pulling you with its hooks and it is at seducing you with its atmospheric delights. Oddly, In Heaven is a much more eclectic affair, united in quality if not in sound and atmosphere.

The two tracks which are most redolent of the preceding EPs are those which bookend the album. The tentative album opening chimes of 'Daniel' are quickly enveloped in a fog of warm synth pad, through which a soft trebley drum-machine cuts a swift path. The melody is sweet, but unassuming, as Estella coos coyly about an impossible love (“You're so far away and god only knows when I'd get the chance to touch your hand, you're so far away, it hurts so bad”). The Eric Cardona-sung 'Eastern Green' is typical of the light tone of Twin Sister's dream-pop, the gently reverbed guitar and easy tempo summery and relaxed in the spirit of chillwave rather than the gloom of Eighties dream-pop, although these blissful verses are separated by frantic cacophonies of shimmering synths which add an M83 like surge of honey-toned melodrama. Cardona's other lead vocal, 'Stop', could be reductively described as the moment where Twin Sister invite sleek soul-flecked pop into their warm fold of their dream-pop soundscape, but that would smudge over the little details which make it such a fascinating little tune; the pairing of Cardona's dewy-eyed R'n'B inflection with gothic bass twang, the opulent swell of a string section on the second chorus, the pseudo-percussive embellishment provided by synthetic steel drums and the way Cardona and Estella's vocals ultimately dovetail with eerie off-kilter harmonies reminiscent of The Knife. On paper it sounds quite incongruous and ever so try-hard, but on record it sounds casual and effortlessly seductive.

With its Grandmaster Flash-style synth stutters and wah guitar, the funky 'Bad Street' is the records most ostensibly 'pop' offering, although a shortage of hooks means it doesn't quite grab your attention until the prurient undercurrent of Estella's repetition of "I want it bad” reaches more audible levels. Penultimate track 'Saturday Sunday' is even brighter than 'Bad Street', although the infectious new wave keyboards and scratchy guitars disguise a melancholic undercurrent where weekends are “...loveless and no fun." Catchy as it is, Twin Sister are at their best when their pop retains its dreamy air and nowhere is this more evident than on the two Lynchian (well, Twin Peaks-ian) centrepieces of 'Kimmi In a Rice Field' and 'Luna's Theme'. The verse melody of 'Kimmi' even sounds like the Twin Peaks theme sped up and played through some kind of electronic mesh surrounded by a bustle of echoing drum machine beats. When Estella's ethereal whisper cracks on the brink of an unexpectedly sinister chord change it sounds like one of those glorious studio accidents that was just meant to be. 'Luna's Theme' is cut from the same cloth, but is comparatively minimalistic number based on ascending keyboard warbles and Estella's best Julee Cruise impression creating a monochromatic dreamscape with her voice gradually layered upon itself forming a hazy blanket.

The one glaringly obviously criticism of In Heaven relates to its eclectic nature. Those who had Twin Sister tagged as their new favourite dream-pop hopes might be disappointed by their inability to settle on one sound. Rather than make In Heaven their mood piece Twin Sister have used their first full length to show their breadth. Some will say that it doesn't leave us anymore certain as to who exactly Twin Sister are and potentially that they are dilettantes. In reality, over the course of ten mostly excellent tracks, Twin Sister let us know in no uncertain terms exactly who they are: a brilliant pop group. In Heaven sees them take the scenic route to vindicating their claim to be pop with a capital P, maintaining enough of their atmospheric qualities without being in thrall to any genre's limitations.