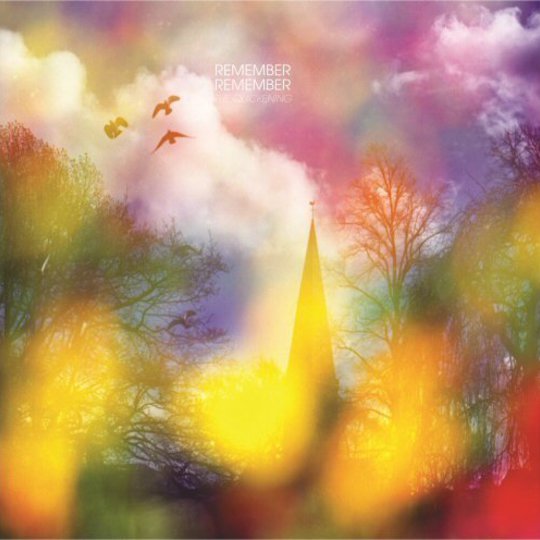 There was once a time when the bumfluff of youth was fresh on my upper lip and there was still wiggle-room in my scuffed school shoes. A time when, I’m ashamed to admit, I was convinced that the only thing those gammy Glaswegian so-and-sos ever got up to was repeatedly shanking each other. This notion held steadfast in my mind for many years - even as the bum fluff continued its journey towards its current ‘douche beard’ status - until it was eventually shattered by the manager of Reading’s Oxfam Books. She informed me, with some conviction, that the Glasgow branch was the most profitable Oxfam bookshop in the country and so I had to adjust my opinion of the city, which, I concede, I had somewhat unfairly vilified. I reasoned, then, that all Glaswegians ever got up to was shanking each other and reading about shanking each other. I was enlightened. However, my updated (but still, apparently, flawed) portrait of Glasgow and its suspect inhabitants was then itself undermined as my musical horizons widened and my tiny little adolescent mind was blown by the likes of Travis, Franz Ferdinand and Camera Obscura.

So. On to The Quickening, then.

These seven Scots have created an album of pristine artistry that revels in the contradiction of variety and repetition: ‘Ocean Potion’ is a nine-minute romping celebration of nature, almost pagan in its Fleet Foxes-esque liberation; ‘A Larger Demon’, the shortest track on the album, stands out in the American Beauty simplicity of its emotionally taut piano; ‘Scottish Widows’ twinkles, delicate and languishing, with its music-box melody, meandering piano and aching strings - a model of perfection that is unsurpassed throughout the whole album.

An album which, to be honest, doesn’t really seem like a giant leap from the self-titled debut that Graeme Ronald produced on his own back in 2008. Admittedly, there is more of a sense of momentum on this follow-up, probably due to both the inclusion of a drummer and the richer layering of sound that is inherent in expanding a band, but there is little major progression. Luckily for us, this isn’t a bad thing, though, because the strongest tracks on the album - ‘Scottish Widows’, ‘A Larger Demon’ - seem to be the most similar to Ronald’s 2008 fare, and it is clear he has achieved such beauty through repetition. Exactly as he has throughout The Quickening.

Beauty through repetition seems to be the mantra of Remember Remember. ‘Scottish Widows’’ potent melancholy, ‘Hey Zeus’s drama and ‘White Castles’s ethereal capering are all expertly crafted, and it is this unusual contrasting variation in tonal content, borne of the multi-instrumentalism rife in the seven members of the band, as well as the slight adjustments to the landscaping of the tracks as they progress that counteracts the err… repetitiveness of the repetition so effectively.

I admit, repetition is a contentious subject when it comes down to it, but for those of you folk looking for a further exploration of its nuances, I’m sure you could audit some music lectures at a nearby university. Or, for you couch-potatoes out there, there’s this juicy little thread which the DiS community has handled with its usual funeral-service sincerity. But, then again, you could just educate yourself the easy way - with Remember Remember and The Quickening.