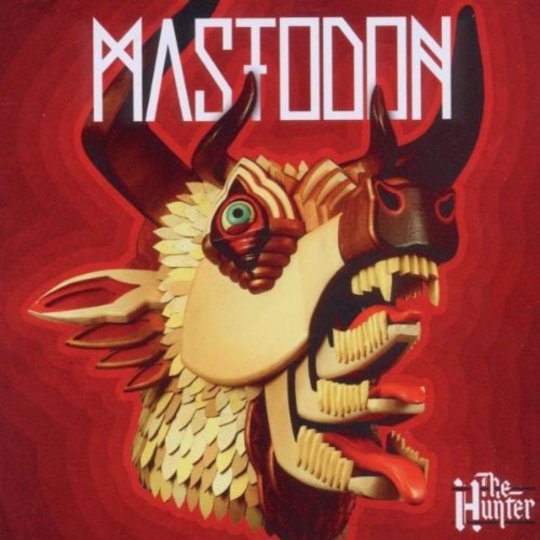 All the above is true of Mastodon, perhaps the best and brightest purveyor of the heavy stuff around, since their grimy and gruesome start as an uncompromising thrash outfit at the start of the last decade. Now major label 200,000-unit-shifting purveyors of the most progressive, aggressive yet surprisingly melodic metal you could hope to hear, the Atlanta, Georgia four-piece are back.

Many fans may have been hoping for another installment in the lineage of 2004’s Leviathan, 2006’s Blood Mountain and Crack the Skye in 2009 - the greatest concept-driven prog-metal trilogy since... well, since ever.

Instead, The Hunter is Mastodon with an edge of complexity removed. Songs run to five or six minutes, instead of nine or ten as previously (the average running time here is 3.89 minutes, almost half that of Skye, metal fact fans).

Previously, Mastodon tracks had three or four distinct sections within each song, often with different time signatures, making them “a bitch to play live” according to drummer extraordinaire and, increasingly, vocalist. Brann Dailor. Not so, The Hunter.

Opener ‘Black Tongue’ is a classic none-more-metal riff, invoking Slayer and early Metallica. ‘Blasteroid’, a minnow time-wise at 2.36, lives up to its title with uptempo explosion of positive energy and the memorable refrain: "I wanna drink some fucking blood! I wanna break some fucking glass!”

You may have heard lead single 'Curl of the Burl' - the dirtiest, funkiest sound in the Mastodon canon. Its Sabbath-esque riff could level trees and scare police horses. It’s completed by Ozzy-style vocals from fret-twiddler-in-chief Brent Hinds and, do my ears deceive me, handclaps? it’s the most 'pop' sound yet from a band variously accused of making sludgecore and math-metal (Hinds maintains the band simply makes “classic rock”, for the record).

Whereas previous albums were at least loosely conceptually based around Moby Dick, evil mythological creatures and the life of Rasputin (that last one really does take some explaining), the focus here is broader. Evil beasties and magical powers remain, of course, but this ain’t Tolkeinesque.

The album is dedicated to Brad Hinds, guitarist Brent’s brother (who was an avid hunter) who died during recording. “So we started coming up with all these really triumphant moments for the record. It was like, fist up in the air. Like fuck that – here we go,” Dailor has commented of the intention not to sink into despair.

So Hinds sings with real tenderness on the title track: “All the love I’ve shown / Given to the ones I’ve known / All the love I make / equal to the love I make”. In this genre only Mastodon could make it work and somehow they do, with an intricate, spooky riff and a searing Hinds solo reaching to the sky.

Despite the tragic inspiration, these songs are lighter in mood than anything in the Mastodon songbook. On ‘Creature Lives’, after a Pink Floyd intro of oscillating synths, it’s a justifiably epic, slow-burning, fist-in-the-air stadium rock moment. Album closer 'the Sparrow' is melancholic and other-worldly, with its ethereal vocals repeating, over and over.

And this from a band that used to write tunes called ‘Mother Puncher’.

The Hunter is a pitch for the mainstream - but it doesn’t compromise on Mastodon’s core ambition. They are still the most talented, surprising and impressive band making intelligent hard rock today. Now is their time.