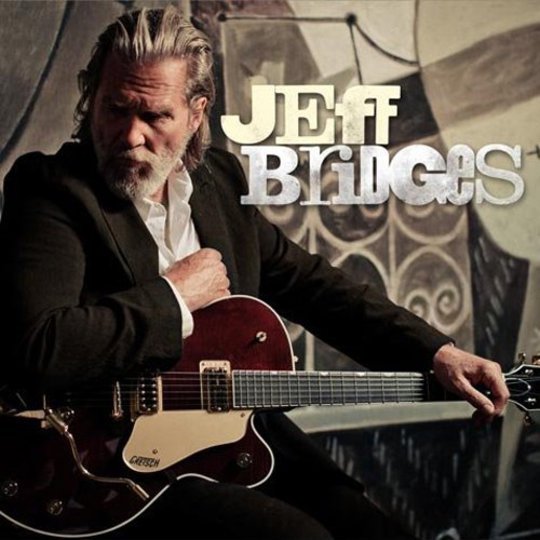 Yes, that Jeff Bridges. The star of The Big Lebowski, Tron and the first King Kong remake has decided to return to the singer-songwriter roots he abandoned before starting acting. Anyone who caught him in Crazy Heart might think this is personality fusion in action, with Bridges the actor swapping seats with Bad Blake the grizzled bar crooner. To a certain extent that’s true: the ten shuffling country tracks assembled here come heavily soaked in nostalgia, Bridges’ voice so leathery you could make shoes out of it. However, in the hands of veteran producer T-Bone Burnett - Bridges’ lifelong friend and an icon of roots rock - the album has a careful charm of its own, invested with the heart of its frontman. If your biggest fear was this project might sound like an author resurrecting his teenage novella, you can rest easy: it’s a triumphantly personal catalogue of songs, with plenty of guest musicians on hand to keep its slow energy alive. Forget the fact it’s Starman on lyrics and you’ve got a tight little collection of country tunes.

Bridges’ cool humour has followed him to the studio, and he never gets so enamoured with his genre that he starts praising moonshine and Winchesters. His Old West is a picturesque landscape with just the right smattering of violence - the kind of place the Blues Brothers did a runner from; honest, steak-fed but cheery. ‘Falling Short’, one of Bridges’ original songs, even features the same gongs and crashes as the Rawhide theme, though much less cartoony without visuals. Washes of guitar courtesy of session player Mark Ribot paint a requiem for a dustbowl, and as Bridges strains ”Is there another place where I could be?” you know he’s happy exactly where he is. If the irony there was too delicate, ‘Tumbling Vine’ and its pink elephant music show the Dude is still alive, with the creeping guitars and jazz effects mimicking the antics of the Bonzo Dog Doo Dah Band.

When tired of playing faith healer in a Stetson, Bridges likes to go deep, so much so it’s hard to tell whether he’s taken his mask off or is just playing another leading role. ‘Either Way’ sees him and Bo Ramsay lament former lovers, living out that urban fantasy of driving to the desert and reinventing yourself, and ‘Nothing Yet’ is sadder still - but does feature the first appearance of Russ Pahl’s serene pedal-steel guitar. As forlorn, foot-scuffling country melds with Bridges’ mumbled regrets (and gratitude for where he is now), there’s a strong sense of the actor’s Personal Inner Torment. When ol’ Jeff purrs ”You ain’t seen nothin’ yet” he’s a million miles from Bachman Turner Overdrive.

He doesn’t whine for long though, and once out of his hole defaults to more rhinestone than Glen Campbell’s make-up chest. The album shines most when indulging this pre-machine, cotton sack country, and despite the likelihood of minor autotuning, Bridges’ modesty permeates everything. The bitter self-analysis of ‘Maybe I Missed The Point’ is a song you could lose at poker to, and lead single ‘What A Little Bit Of Love Can Do’ mixes line-dance signatures with a video of JB in a dope field. The enthusiasm just keeps on coming, but then how many other 61-year-old men can say they’ve appeared in some of the coolest films ever made and now get to release their own country album? Jeff Bridges might not be the actor’s most emotional performance - to see that you need to watch the last five minutes of Fearless - but it is a surprisingly heartfelt piece of work, packed with enough hooks and harmonies to show he’s obviously a keen student of the greats.