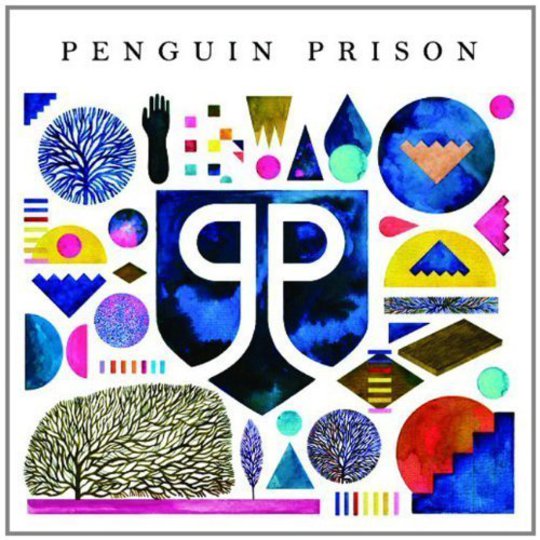 For the best part of two weeks, I had this record down as being, essentially, a bit crap. It's not in any way great, let's get that in the books. But truth is, it has something; a definite, identifiable charm and purpose that, in the right setting (a club, for instance), could force a fairly genuine smirk or even, significant bodily movement. And while it's unlikely that any artist that employs an animal/chocolate biscuit-based incarceration concept as its moniker will go on to do great things musically, Penguin Prison turns out to be quite an apt band name and alter-ego for New York producer, Chris Glover. Fluffy, nicer to say than it is to think about, and bizarrely, more memorable than stuff that's qualitatively better than it. And that pretty much sums this record up. Not good. Not completely shit. Will make you smile if you let it.

The major problem with Penguin Prison is not really a particular fault, but is a basic issue that confronts most if not all electronic music. It's not really meant for bedrooms. And electronic music is also something that disproportionately, when compared with other types of music, sounds better, louder. Turn Penguin Prison up on a hefty soundsystem and you'll be shuffling about scattered clothes and old magazines: alright. Use it as sunny background music and it'll irritate the shit out of you like that commercial radio station you used to love as a kid but now sounds like leprosy is eating the contents of your skull. Ok, it's nowhere near as bad as commercial radio. But that, ironically, might be one possible target for Glover. Fairly lavishly produced, it reeks of that now semi-stereotypical French electro-funk, disco and mostly, optimistic electro-pop sound. It's a sound that can work anywhere if you're Discovery-era Daft Punk. But when you're Penguin Prison-era Penguin Prison, it's more a case of sometimes works, sometimes doesn't.

Like that disco-pop glut of two years ago - Empire of the Sun, Frankmusik, Tommy Sparks, Dan Black etc - that to a greater or lesser extent spun off of Daft Punk, MGMT and Cut Copy, Penguin Prison justifies itself by virtue of its occasional stellar moments rather than any genuine claims to consistency. But for an album like this, a record that lives and dies by its hooks and its ability to have you grind imaginary cassette tape down to shiny brown ash, as long as there are some moments, the rest can just about be forgiven. It typified records of an era that spawns albums like this, and that weak album-amazing moments trade-off is still alive and well here. And snobbery aside, that charming crapness is kinda cool, right? The first of those moments, 'A Funny Thing' - a stomping, surging disco-house triumph - flows perfectly into 'Golden Train' and its approaching-six minutes of finger-clicking Justified-era Justin Timberlake electro-funk. It's just a glorious piece of Quincy Jones-inspired boogie that ends with a nice lo-fi acid coda that could happily bleep away for another six minutes.

While Glover is busy ticking a few more of the requisite cliché boxes - Prefab Sprout nod 'The Worse It Gets'; token dark, twitchy track 'Something I'm Not' and camp-sounding Erasure tribute 'Fair Warning' - it's a bit of a wait for Penguin Prison's next peak, 'Desert Cold'. More synth-pop than electro-funk (as is most of the record), it's a more tunneled, programmed and blue-eyed electro sound. Bleepy, kids TV-esque Cut Copy verses make way for pure punchy, melodic joy. Sure, the lyrics aren't up to much. In some cases, they're outright horrendous ('Pinocchio' actually broaches the subject of "_noses growin'_", for Pete's sake).

But this is pretty much eyes-closed, happy-face music from start to finish. Its charm is that is does what it's supposed to. Yeah, it almost traces Cut Copy's Innocent'n'Fun M.O. to a criminal extent, but no matter how miserable and cynical the miserable and cynical get, there's nothing that can get in the way of half-decent pop music.