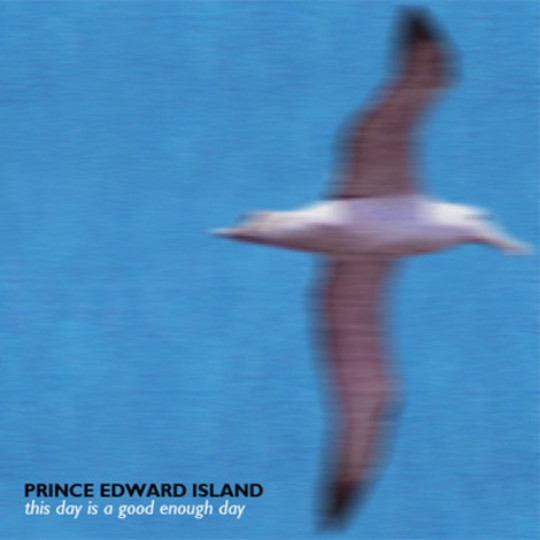 The London based, Scottish fronted Prince Edward Island are unabashed Chemikal Underground disciples who formed after listening to the label’s impressive roster. Therefore it is no surprise that they share common ground with some of those artists. In their own words they sound like 'A poppier Aidan Moffat.' If you were to describe PEI to aliens that had just landed on Earth, this would be a suitable comparison (fingers crossed our little green friends have heard of Arab Strap).

Not that there’s anything wrong with wearing your influences on your sleeve, but referencing Arab Strap within the first 30 seconds of the album could be considered unnecessary, if not slightly sycophantic. No doubt if given the opportunity they’d dress up in Mr Moffat’s skin so they could walk around town stroking his beard. There’s a fine line between appreciation and a restraining order, and by teetering on that precipice so publicly PEI do themselves a disservice.

It’d be inaccurate to dismiss PEI merely as a cheap parody act. This Day Is A Good Enough Day is beguiling and filled with surprises. Don’t get me wrong - there are lulls, and a penchant for including annoying backing vocals from Buggles. Yet these sticking points are compensated with some quality songs.

The slightly distorted vocal effect make it sound like Darren Bruce is literally phoning his performance in. Lyrics are frank and honest, focusing on kitchen sink dramas that Mike Leigh might direct. Bleak evocative stories, “Look what two years with a dickhead has done to your face, look what these weekends of thinking have done to your waist”

Thankfully it’s not all ditties about domestic abuse. There is gallows humour throughout, most obviously in song titles like ‘You Look Like I Need a Drink’ and ‘Sex in the Morning (I’m Coughing You’re Moaning)’. Also, presumably having read the Do’s and Do Not Do’s of being a Scottish Singer, they use swearing as a form of punctuation. “We don’t need to talk things over, you’re not my fucking social worker” from ‘Like Bouncers We Stand’ being a fine example.

That song also showcases the band’s love of soaring guitar solos that ape British Sea Power. ‘I’ve Been To A City’ and ‘Are Your Mother-in-law and Your Mother in Love?’ sound like they are from Mull Historical Society’s debut (this is a compliment). Quality quirky wonky pop music. ‘I’ve Been To A City’ is so far removed from the darker themes of this album that it is almost commercial. The record finishes with arguably the standout track ‘The Keith Disaster Fund’. A soaring climax pieced together with more blunt lyrics from the kitchen sink - “Lifetime achievement award, blood in my piss from the drinks that I stored with the friends who don’t know who I am”

This Day Is A Good Enough Day is a weird mix. You’re never too sure what is around the corner. A nice discovery from left field that is well worth a shot.