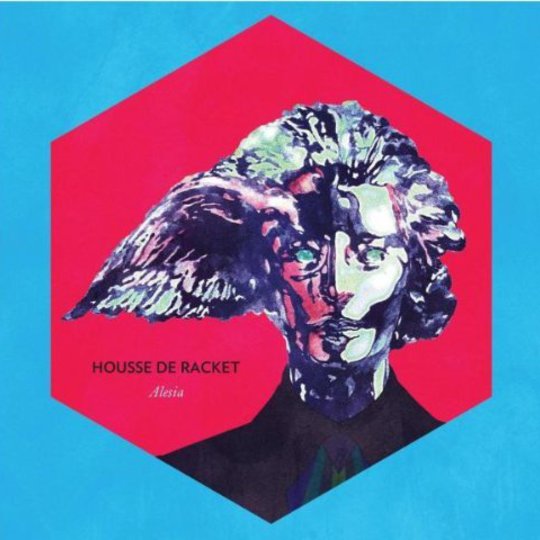 Way back when DiS was awash with the infectiousness of Wolfgang Amadeus Phoenix, Housse De Racket brushed past the mid-point of what would prove to be a similar musical destination. Paul Weller had Ocean Colour Scene as his session and backing band, Phoenix had Housse De Racket as theirs. Cue Philipe Zdar, one half of Cassius, who as HDR's producer, has brought them out of obscurity over the last couple of years. You may have even heard them on a TV advertisement. For Pierre Leroux and Victor Le Masne, the influence of working with Phoenix, Air and Cassius is worn quite visibly on their sleeves.

Take highlight ‘Roman’. The rainbow drenched synth varnishing the glossy production is as catchy as anything their fellow Frenchmen can produce. The increase in English sung tracks also suggests a broadened spectrum. It is a spectrum that colours other songs here. ‘Chateau’ shades comfortably into the darker corners of New Order. ‘TGV’ saturates with the bubblegum pop of Tahiti 80, and the galactic ‘Human Nature’ and ‘Chorus’ both mimic the prog rock opera-like drama of their debut Forty Love perfectly. What HDR lack in a trademark sound, they make up for in wonderful reproductions.

It is a shame then that, as ‘Human Nature’ dramatically paints the opening half, a couple of the final tracks become the disappointing second act. They lack the same vibrancy. The record’s title track is a trawl-a-thon of dull repetition and moans. Negatively, it is more mellow than melodrama. ‘Ariane’s burning organs act like a failed space launch and ‘Aquarium’ feels like an uptight post Queen comedown circa ‘Flash.’ There are not enough hooks to keep the latter half interesting.

It is a disappointing finish after a good start. The paling conclusion shows that despite having few tricks up their sleeves, HDR fail to keep it at the constant same standard as their peers. It is as if they got bored before they even finished. Thankfully, the odd tracks in saves it from becoming a total drag, but the pair still have a way to go before they are fully on the same level as their contemporaries.