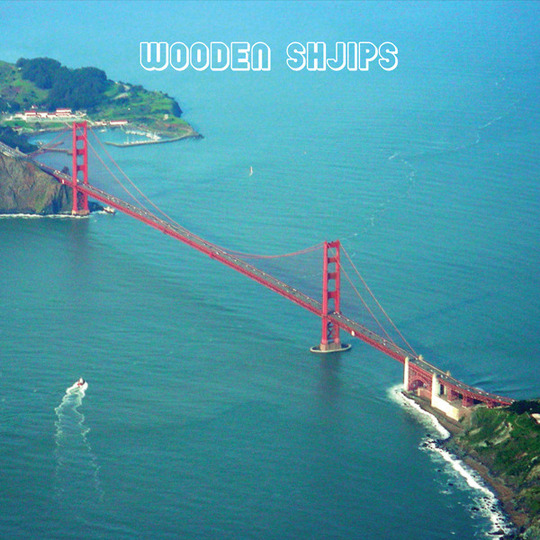 It's five years now since the sprawling 'Shrinking Moon For You' announced the arrival of San Francisco's Wooden Shjips, yet they remain a largely unknown quantity outside the realms of ATP devotees and a few hardcore stoners.

Indeed, mention the name 'Ripley Johnson' and some might reply with the name of his other project "Moon Duo!", which is of course, correct, but also merely the tip of an iceberg. While his outfit with beau Sanae Yamada has yielded a fantastic catalogue of records in its own right - culminating in this year's excellent Mazes - his day job - if that's the right term - has produced a pretty near flawless collection of material since 2006.

Often lazily compared to the likes of The Doors and Suicide, the reference point almost omnipresent throughout Wooden Shjips' entire output would be that of London psychedelic shoegazers Loop, a band whose incisive brand of hypnotic spacerock undoubtedly paved the way for many of their more lauded contemporaries ever since. Hark back to those early seven inches such as 'Loose Lips' or 'Dance, California' and it's more than apparent that Heaven's End or A Gilded Eternity wouldn't have been far from their consciousness (or their stereos) while these cosmic gems were in the embryonic stages.

However, to simply state that without Loop there'd be no Wooden Shjips would be to disregard the way Johnson and his three accomplices have crafted a sound that in 2011 they can rightfully claim as their own. More importantly, West, their third long player and first for new label Thrill Jockey also marks Wooden Shjips' first steps into a recording studio under the watchful eye of a tried and trusted engineer. Having produced, engineered and mastered both 2007's Wooden Shjips and 2009's Dos themselves, in West the expertise of Phil Manley has played its part in transforming an already transcendental wall of sound into something more cathartic and ultimately richer.

Take the opening 'Black Smoke Rise' for example, their trademark hypnotic groove given a decibel-heavy makeover that would have more in common with Loop mainman Robert Hampson's other project, Godflesh, were it not for the melody eating away at its core. The slow building pulse-rock of 'Crossing' actually uses a tambourine to propel its backbeat, the band's now familiar three-chord drones underpinning a more fluent guitar arrangement than previously associated with Wooden Shjips.

The countrified fuzz of 'Lazy Bones' is perhaps the only real indication in 2011 of what Spacemen 3 would have sounded like had Johnny Cash sang vocals during their garage-inspired days, while the semi-processed beats on 'Flight', coupled with a riff not exactly a million miles away from the bombast of Black Sabbath's 'Paranoid', could almost bring a new definition and dimension to the term 'stoner metal'.

By the time colossal surf epic 'Looking Out' and the backwards tracked, reverb-heavy comedown of 'Rising' bring West to its natural conclusion, it's clear Wooden Shjips have perfected their art to some degree. What's more, they're one of only a tiny handful of bands currently using retrospective influences from the past to create something relevant and unique for the present and beyond.