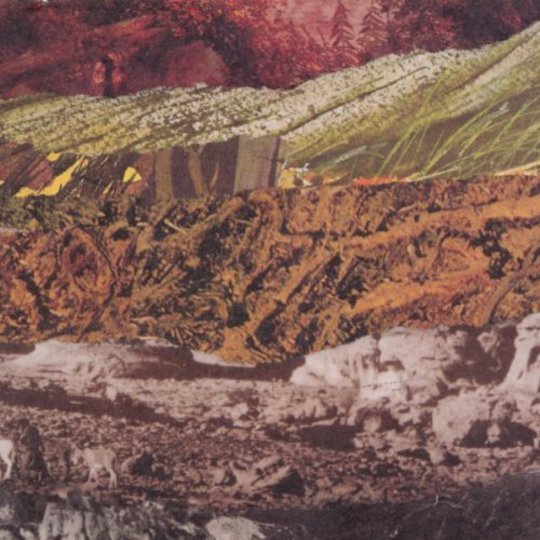 She Keeps Bees aren't nearly so twee as their name suggests. Dig On maintains the misleading nature of their name, with the duo of guitarist/vocalist Jess Larrabee(s) and her drummer boyfriend Andy LaPlant making only the most tentative steps away from the template of stark, dirty guitars and battered drums of début effort Nest. The very fact that She Keep Bees are not only a guitar/drums but also a boy/girl duo was bound to draw comparison with the likes of The White Stripes and The Kills and to a certain degree these were borne out by Nests. Dig On actually validates them further, at least as far as Jack and Meg are concerned; the guitar is predominantly distorted riffing and the lurching drums heavy on cymbals and simplistic thumping. It's certainly a more apt comparison that the urban shades'n'leather of The Kills, because while there's sexual tension to be found, it feels less like the result of simmering interband lust and more like sole personal projections of Larrabee herself. In as much as this is true the White Stripes comparison remains valid, Larrabee taking centre-stage with her unfussy riffing and voice possessing the seductive charm of a less husky Cat Power.

However, album opener 'Saturn Return' is testament to how She Keeps Bees forge a musical partnership distinct to themselves and not overly indebted to their influence; while loud and abrasive, rhythmically their playing is much less punctuative than that of Jack and Meg, with Larrabee's guitar dragging with a leaden churn that's given emphasis by LaPlant no frills thumping. Far from loading her words with innuendo or lustful longing, it's Larrabee's way of coiling her mouth around the quiet moments and unleashing a quivering wail over the spluttering raucousness that proves most bracing, particularly for those most readily in thrall to any indie-rock siren.

The best example of this is perhaps the storm-brewing 'Found You Out', the guitar riffing forebodingly on two sludgy chords and cymbals crashing like waves as Larrabee milks the chorus lyrics, “Under-er-er the sea-ee-ee”. Following track 'Farmer' features a more skeletal intro, but then takes a similar approach of sludgy guitar and splashy drums, over which Larrabee's vocal cords are stretched to their most hoarse. If you're a sucker for this sort of thing then Dig On should be musical nectar for you. Pick of the bunch is single 'Vulture', which barrels along on a slightly more complex combination of rolling toms and clicking sticks and high-end bass which is steamrolled by the march of military strength snare and distorted guitar before divesting itself of the percussive embellishments for a big ole' stomp.

It's the kind of dynamic variation that the record sorely lacks elsewhere, with LaPlant's drumming in particular too often happy to settle for the tiresome cymbal heavy beats that have become a blues-rock cliché. 'Make You My Moon' has the ingredients for a rippling nocturne, but the less than subtle crash of the drums kills the mood. Only a few songs have the atmospheric or melodic strengths to withstand the barrage; the hypnotic keys and effortless chorus key change of 'Blind To the Cup' are a captivating departure from the guitar domination, whereas the plodding beat finds a different use on the gorgeous country flavoured 'Sister Beware' which is imbibed with slide guitar and vocal turn reminiscent of Patsy Cline. Indeed where the duo dabble in new territory LaPlant is as up to the task as Larrabee: see the R'n'B sleekness 'All or None/Dark Horse' with the percussion pitter-pattering its way around the funky electric piano in the first section and culminating in a polyrhthymic assault in the latter. Then there's the near a cappella 'Burn', with LaPlant's booming floor tom bringing some pagan menace as Larrabee plays the beguiling chanteuse.

A somewhat tiresome record as a whole, Dig On is paradoxical proof that although She Keep Bees can occasionally excel within a blues-rock straitjacket, they are a more intriguing proposition when exploring potential new musical avenues.