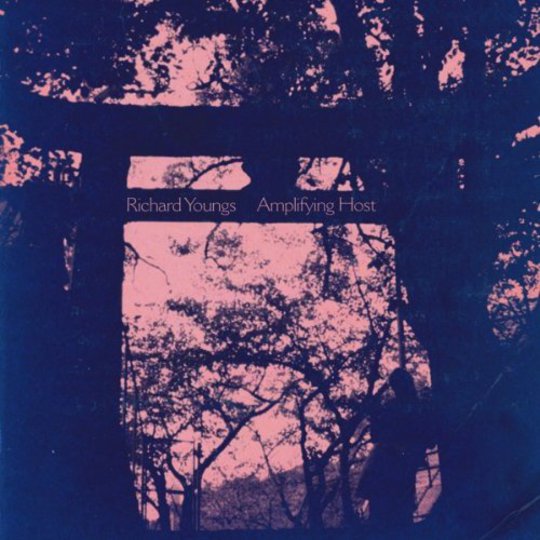 If a press release were looking for possible carrots to dangle, they would do well to match the enticing tag-team employed by Jagjaguwar to introduce Richard Young’s Amplifying Host. This new record, we are told, could possible settle somewhere close to Ry Cooder’s dusty Paris, Texas score, instantly conjuring welcome images of a record with half-open eyes cast out across a sparse American wilderness whose only purpose is to play host to those who want to forget how to think, how to talk and how to feel, as they gladly let the space swallow them whole. Secondly, it mentions that Young is joined here on drums by erstwhile Galaxie 500 man Damon Krukowski. As a two-punch combo, this is quite sublime. However, despite the rich promise of such an introduction, Amplifying Host never quite manages to meet these enticing expectations.

Young’s rich and varied career certainly seems to match the peripatetic nature of Paris, Texas’s protagonist, yet it is slightly misleading to match Amplifying Host and Cooder’s score in terms of sonic palette. Paris, Texas is firmly situated in the flat stretches of desert, and as such, each song feels like a panorama or a slow turn to take in as much of the landscape as possible. This allows the spaces between each note to become as important as the notes themselves, and the void created is suddenly a match for any sound looking to break the silence. Young, however, doesn’t let enough of this space develop. There is a clear sense of an affecting vastness and a definite awareness of the power of broken moments and drawn out silences, but it also feels like too much is being crammed into each space, with a constant motion never allowing the landscape to fully register and settle into view. Young’s vocals, at times, can feel particularly suffocating, and often give the feeling of encroaching on a stillness that is never given a full chance develop its full potential. If Paris, Texas concerns itself with flat desert landscapes then Amplifying Host makes the sea its home, with a too-steady rhythm always threatening to halt the potential for a clear reflection on the infinite horizon.

Despite this, if listened to in the right context (I imagine it is an album that will always need play out in darkness and the still of night to register its full potentional), it is still capable of creating a powerfully tenebrous atmosphere. At times, the steady-stumble of guitar, Krukowski’s salty drums and Young’s stable melancholy drone can catch each other just right and pull the listener aboard to catch the rhythm and experience the remarkable drift and bob of the reverie created. Yet at others, it merely feels like we are on the shore watching Young set off for the horizon, his music always stuck to the pull of the sea as we always stay just out of reach on the flat of the land.