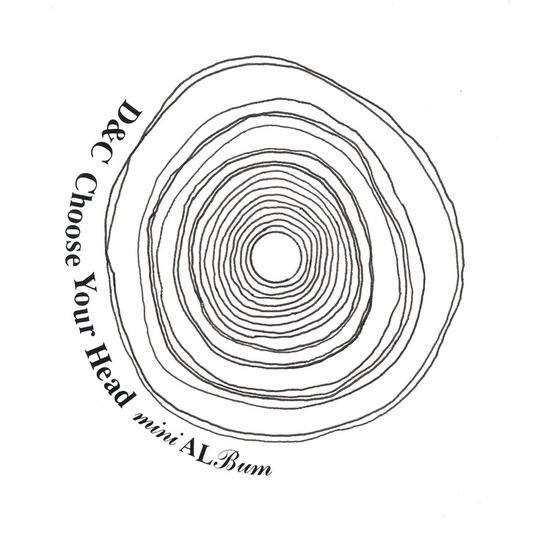 I dunno, maybe it’s just me, but I’ve always thought of South East London as a sort of grim cultural brothel, inhabited mostly by The Horrors, Lee from Blue and a phalanx of their oddly garbed spiritual ankle-biters. But hold your horses there judgmental Judy, because just as not all office workers are dick-witted drones, and not everyone who reads the NME is a crashing teen bore, appearances are rather often unspeakably deceiving. This is wholly true of avant kid on the electro-pop block Dimbleby & Capper, aka costume-sporting songwriter-chanteuse Laura Bettinson, who is from South East London but quite certainly none of the above, thank you very much.

Alongside Gazelle Twin, Laura beckons a trend for sartorial flamboyance - recently more prevalent in places that are not Britain - back to this radiantly stolid and brusque isle. Actually, ‘trend’ might be overcooking it, but the likes of Fever Ray, Niki and The Dove and Austra, all as extraordinary in sight as sound, have been vigorously plundering the costume drawers of late. They strive, it seems, to get audiences smiling, chin stroking, or just doing anything at all that might be representative of personal engagement and interest, the stick-up-arse blighters. I think it’s working; others would disagree. I love that they’re trying.

Wisely opting for a musical palette as varied as her wardrobe, Laura embarks on a loosely experimental, minimally arranged adventure in modern pop with varying degrees of success. While it’s difficult to abide that this precocious musical fledgling sounds, as one potentially overexcited blogger put it, like 'Bjork, Micachu and Telepathe' yet 'a lot more than the sum of those influences', the quaint temptation to clutch at straws is a compelling one: this is a diverse, delicately rendered and charmingly unusual record with more mood swings than Elton John has toupees.

That said, Choose Your Head is a mini album with seven songs and is therefore two tunes too long or three too short. Turns out to be the former, hampered by a good but inessential cover of The Crystals’ ’Then He Kissed Me’ and the dreaded tacked-on-end lead-single-remix, the idea of which almost precludes one listening to it at all. More toothsome are the impressively all-over-the-shop hyper-pop wail-outs (‘Let You Go') and dismantled love songs where the wheezing accordian sounds as confused as the narrator ('Fort Song') to be found elsewhere. And though I'll probably not listen to Chooose Your Head an awful many more times in the foreseeable future, I’m jolly excited to see what colours this cerebral chameleon bursts into next.