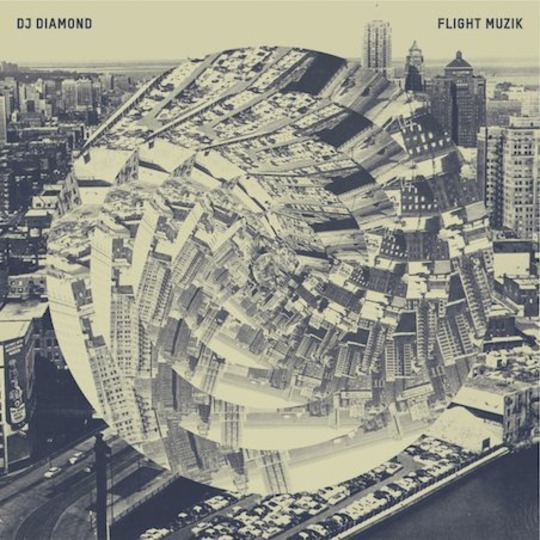 Probably remiss of me to get greedy, but the natural response to (a) listening to this total belter of an album and (b) reading Planet Mu’s claim that DJ Diamond has already released several mix CDs leads me swiftly to Google to try and find them. It’s at times like these that you realize how little of a shit the juke and footwork producers of Chicago give about anyone outside the city limits being able to hear their wares. I managed to locate one released by ghetto house legend DJ Slugo (called Ghetto Glory: Juke 2.5 and available from djslugomusic.com, if you’re curious), but have a suspicion that any others were pretty much home-burned and passed out to pals.

It’s probably not accidental that the first track on Flight Muzik is called ‘Rep Yo Clique’: that’s what the various footwork DJs and attendant dancers do, in the name of their particular crew and sometimes aggressively so. Diamond, real name Karlis Griffin, belongs to one also called Flight Muzik, and has already been showcased by Mu in the form of two tracks on last year’s acclaimed Bangs & Works Vol. 1 compilation. If the release of this 16-track album makes him an ambassador of sorts for Flight Muzik, then he’s done them proud, as this is terrifically typical of the innovation going on in footwork production, and at the same bizarre and unique.

As is the case with the other footwork artist compilations Mu have strung together thus far, DJ Nate’s Da Trak Genious and DJ Roc’s The Crack Capone, genres that jump out as hypothetical touchstones don’t always tally with what the producers themselves list as their influences. Griffin, for example, lists G-funk, soul and Kanye West as big deals in his world; he’s pretty obviously a hip-hop head, not just by virtue of his track titles and samples (‘Pop The Trunk’ is, I think, based on a UGK lyric, but it’s so densely micro-edited I wouldn’t swear to it) but via the general cut and thrust of his productions. ‘Uh’, whose pace is slothlike compared to many of Diamond’s drilling, hyperactive breakbeat clusters, bumps with the slick muscularity of late-Nineties NYC rap, but ultimately sounds like something Night Slugs would release. ‘Horns’ appears to feature no horns, rather a sawing cello loop that, say, RZA would probably make big drama out of (not that the track sounds like RZA, you understand). ‘Torture Rack’, based around an absurdly deep-throated bassline and unpolished kicks’n’snares, seems to be aiming for the same level of foreboding as Pharaohe Monch’s sampling of the Godzilla theme for ‘Simon Says’.

So that’s all gold, but then you have a whole ‘nother stack of uncategorisableness, which is a word now. The drums on ‘Vibe’ sound like they were pinched off some tribal techno record from 15 years ago: is this the result of old tyme Chi-town ghetto house being joyfully misinterpreted or has a consignment of unwanted Liberator DJs vinyl been donated to the city’s young black community (clue: it’s probably not the second of those things)? Would the admittedly undiscerning Gatecrasher kids with Lego glued to their faces have bugged the fuck out to ‘Decoded’, the central melody of which sounds like something Seb Fontaine would have wildly overplayed in 1999? And if young’uns are dancing to stuff like ‘Digimon’, which is the point where juke has had so much cosmetic surgery it’s ceased to resemble any of its family members (and sounds more like Safety Scissors or one of that crowd), should we all admit that Noughties IDM producers weren’t 'making dance music for people who hate dancing,' or whatever, and were actually on to something?

Before you start, I know this is all a redux of dorks back when going, 'OMG you guys the programming on this Timbaland record sounds like Mouse On Mars,' which is of course exactly the same as being a massive racist. Sometimes, though, you just have to man up and admit that cultural relativism is a thing, and that your listening is shaped by your background. Equally, it’s probably futile to pontificate too much about what’s driving the Chicago footwork innovators, and where they might go next, given that they really seem to justdowhattheydoandifanyoneelselikesitthat’sabonus. In summary, all you need to know is that Flight Muzik is awesome and if you liked any other footwork stuff you heard, you will very probably like this too.