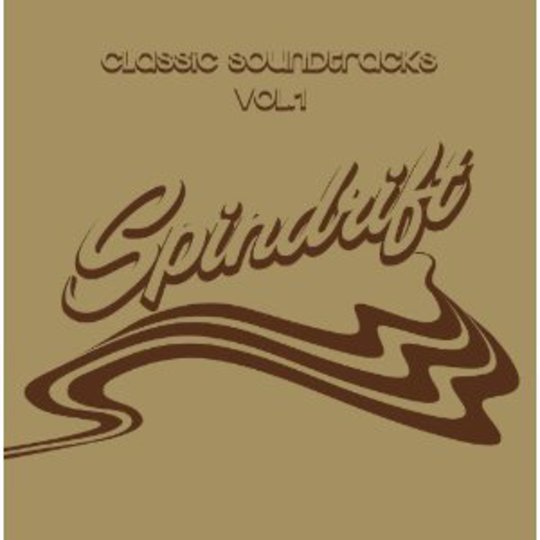 Kirpatrick Thomas may not be a household name, but as far as the Los Angeles underground scene is concerned, he's up there with the likes of Anton Newcombe in the city's musical folklore. Although the story begins some 20 years ago in the northern state of Delaware, it was undoubtedly Thomas' relocation to LA with then-partners-in-crime Joe Baluta and Zachary Hansen that provided a catalyst for Spindrift's development into the band that stands before us today.

As with The Brian Jonestown Massacre, the number of members who've passed through Spindrift's ranks since their conception could fill an entire rugby team and the majority of its substitutes bench. Indeed, current BJTM guitarist Frankie Emerson cut his teeth with Spindrift, while even Thomas himself played as a touring member of Anton Newcombe's band throughout 2002 and 2003.

However, despite such a long and distinguished journey, Classic Soundtracks, Vol.1 is only Spindrift's fourth long player. Not that Kirpatrick Thomas and his current band of associates have spent their time navel gazing. More accustomed to playing live than recording - their tour schedule this past decade reads like a who's who of American psychedelic rock, having shared stages with the likes of Black Rebel Motorcycle Club, Dead Meadow (whose label, Xeno, this album is released on), The Black Angels and The Raveonettes among many, many others.

Having already co-produced a feature film The Legend Of God's Gun inspired by the band's album of the same name, not to mention receiving the ultimate accolade of a Quentin Tarantino endorsement (Spindrift's 'Indian Run' appears in Hell Ride), Thomas' fascination with Spaghetti Western movies and their accompanying scores has resulted in Classic Soundtracks, Vol.1, which throughout its fourteen pieces pretty much does what it says on the tin.

Comprised of largely instrumental pieces, many of which would pass quite succinctly as incidental music that Ennio Morricone would be proud to call his own, there's a feeling that somewhere down the line Classic Soundtracks could quite easily translate onto celluloid. If the opening flute waltz of 'Japexico' introduces the title credits, then the heavily orchestrated 'Space Vixens Theme' and brooding 'Hellbound' would be nailed-on certainties to portray the villains. Likewise, the more subtle and laidback 'Theme From Confusion Range' could be the point where the heroic lead character enters the fray, Thomas insisting "There's a place called confusion..." in one of Classic Soundtracks' rare lyrical assertions.

When keyboard player Sasha Vallely gets in on the act, such as with the hauntingly blissful 'Shadytown', one could be forgiven for thinking they'd accidentally stumbled across a rare and undiscovered Jefferson Airplane bootleg, such is the striking resemblance in her voice to that of a youthful Grace Slick. 'Theme From Amboy' follows a similar path, Thomas' spoken word interludes coupled with Vallely's ghostly coos depicting 'Beauty & The Beast' with a Wild West scenario.

Standing head and shoulders above the crowd, and undoubtedly pointing to Spindrift as a musical force to be reckoned with is the penultimate 'Theme From Drifter's Pass'. Clocking in at eight-and-a-half minutes, this blistering statement of intent builds slowly before cascading around the six minute mark amidst a tidal wave of glitchy guitars and thunderous drums that rivals the most monstrous constructs of Black Mountain and Dead Meadow as a psyche rock behemoth of epic proportions. When Thomas declares "I live on the morning sun" we have no reason to disbelieve him.

Classic Soundtracks, Vol.1 reaches a sedate climax on the introspective 'Red Reflection', which again were it to ever cross over into the land of lights, camera and action, wouldn't be out of place playing in the background over an ending sequence. Where Kirpatrick Thomas and Spindrift head next is anyone's guess, but one thing's for certain; ...Vol. 2 will be an eventful sequel.