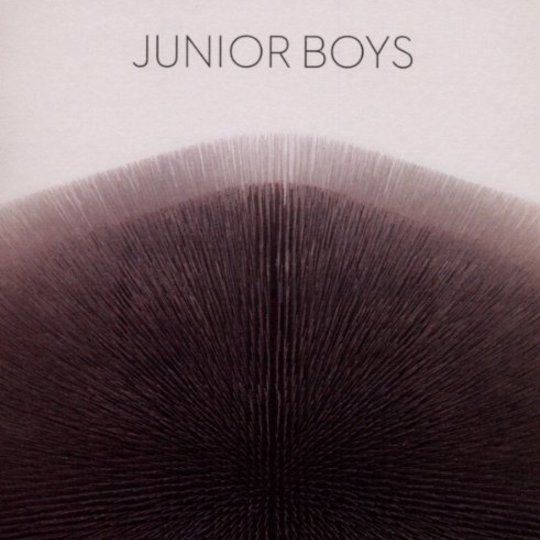 As a group who deal in clinically executed electro-pop with an air of emotional restraint, it's easy for the less patient listener to think that Junior Boys are a group on auto-drive, particularly in the case of the slight dip in form that 2009's Begone Dull Care was compared to the nearly perfect Last Exit and This Is Goodbye.

It's All True sees Junior Boys stick to their musical guns, but is an improvement on their last record, consolidating everything that's good about them and throwing in a couple of nice new features, if not quite matching the dizzying heights of their first two records. Jeremy Greenspan began to formulate musical ideas for the album whilst on two-month break in Shanghai which not only provided a general lightening of mood that is detectable in the music, if not the lyrics, but also more specifically the Chinese harps on album opener 'Itchy Fingers'. As with the guitar/banjo loop on Begone's 'Dull To Pause', the Chinese harps blend right in with the electronic elements as the song alternates between casually seductive choruses and the fidgety synth pulses/house basslines of the verses. It's a thrillingly dynamic start to the record and while the record is far from somnambulistic only the deliriously overloaded closer 'Banana Ripple' matches, and indeed exceeds, the frenetic energy of 'Itchy Fingers'.

The titular ice cream flavour was supposedly the favourite of Howard Hughes, another one of the non-musical inspirations cited by Greenspan and partner Matthew Didemus and in its nine-minutes they've not only succeeded in conveying the madness of Hughes' life, but they've also made their made their most hypnotically euphoric statement to date. It is testament to the duo's precise arranging talents that their most texturally and melodically loaded song to date is never cluttered sounding and it maintains its dynamism and momentum throughout.

The rest of the record mines a similar seam of post-break up blues as So This Is Goodbye, although it wears its heartbreak less visibly on its sleeve by utilising the old happy-tune/sad-lyric trick to seemingly effortless effect. The steely electro-funk of 'You'll Improve Me' sounds like a cut straight from the above mentioned record, with it's building blocks of synth melody draped in gauzy veils of strings, Prince-like bass squelches, guitar stabs and Greenspan repeating the titular vocal refrain. The lyrically bitter 'Second Chance' is a more luxuriant textural variation on this adding brassy hooks, electronic clavinet and synth sounds befitting “Fresh Brazilian water”. Last Exit's R'n'B inflections are given a retro treatment on 'A Truly Happy Ending', with multi-snare drum machines and colourful electronic streaks a deceptively cheery backing for lines like “Left alone I'll destroy almost everything”.

The only genuinely weak track is the almost instrumental 'Kick the Can'; perhaps the title is a referential nod as the song ticks along on a motorik beat, albeit with some nice breathy vocal intonations. Nonetheless the album gains nothing from the inclusion of a krautrock homage no matter how well realised it is. The warm soft-focus warbles and chimes of 'Playtime' make for an effectively moody soundscape redolent of The Blue Nile (both groups an influence on Wild Beasts Smother), but coming in at almost seven minutes (and as the second track) it bogs down the whole pacing of the album. There is one truly exceptional ballad in 'ep', however; every aspect of the song from the (once more) squelching bass, muted guitar fidgeting, various rippling synth surfaces seems to possess a hook of its own, as Greenspan is at his most vulnerable emoting “I can never hold my tongue because I love you so bad and I want to repeat it”.

It's perhaps the only moment that is equal to the pathos of 'FM' or 'In the Morning', but elsewhere It's All True matches up to the Junior Boys best work in most other aspects while seeing them alter the formula enough to keep things fresh. Artists who operate within a distinct or limited musical template can risk getting stuck in a creative rut, but on this evidence Junior Boys are just too damned good at this game for any such risk.