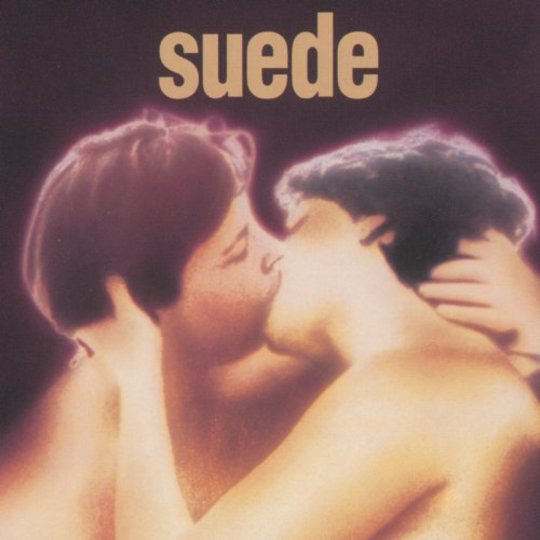 There was a joke I heard somewhere on Drowned in Sound last year referring to last year's Suede Best Of album stating 'There already is a best-of. It’s called Dog Man Star'. Pithy and intelligent; I laughed. But it isn’t true. Because although Dog Man Star arguably contains more individually brilliant moments, there is a serious case for referring to their 1993 debut as overall, being their most complete realisation.

The album emerged into an era when British music had precious little identity. Cowered into trembling submission by grunge, too terrified to fully open the door to acid house, still attempting to reconcile the death of the overblown synth-pop era that had preceded it. And so, their debut album rose from the mist; not so much into daylight but into day-glo, wide-pupil fluorescence with a record drenched in individuality, bound with delicious confusion and crackling with sexual charge. The rest (as described wonderfully by John Harris in his excellent book The Last Party) is history: Blur, Elastica, Oasis, Britpop, overexposure, New Labour, Be Here Now, death. Somewhere in that whirl of celebrity and cocaine, Suede got lost. But time corrects the crossing out.

For a debut, especially considering how out-of-place it was at the time of release, Suede - remastered here by the band, including Butler - is a staggeringly confident and forthright statement. It embraces complicated lyrical themes with maturity and genuine pathos, masking the darkness of the concepts with dense imagery and double-meaning without sacrificing any transparent musical premise or thrill. Despite this, it remains a remarkably bleak record at times, especially on the windswept film noir piers of ‘Sleeping Pills’, bedecked in the most beautiful trailing fronds of lead guitar, and the ethereal, trembling ‘She’s Not Dead’. It also contains moments of genuine threat, tension and fear; notably in the perverse promise of ‘So Young’ and the personality crisis of ‘Pantomime Horse’. Studded in between all this are the indie-disco gems: the glam-rock stomp of ‘Metal Mickey’ and the immortal incandescence of ‘Animal Nitrate’, Anderson’s voice almost cleaved in two by the hacking slashes of Butler’s overdriven guitar. Finishing with the heartbreakingly beautiful, perfectly understated conclusion of ‘The Next Life’, the entire record is a complex combination of emotions, thoughts and feelings into one intensely fuelled, yet perfectly coherent statement. It’s hardly surprising that Suede found such a niche among the wandering teenagers of early Nineties Britain: Suede is practically the teenage experience defined in album form.

Musically, they were intensely skilled, at a time when the there was a tendency to lean on dull, grunge-lite dirges. Bernard Butler, arguably the most naturally talented musician, was one of a number of quintessentially British lead guitar players to emerge between 1985 and 1994 who eschewed cliché in favour of a no-nonsense, unadorned yet forward-thinking approach to lead guitar playing. Alongside him, the hugely underestimated rhythm section of Simon Gilbert and Matt Osman pin the whole thing down to prevent it falling off its own axis (Osman’s bass playing in particular is a perfect foil to Butler: solid when required, brilliantly melodic when called upon). And then there is Anderson. Never the most natural singer and a polarising voice, but utterly compelling and committed; able to flip from deep growl to searing falsetto with his estuary accent still preserved within his utterances, pleas and exaltations. They never limit themselves and never repeat, striving to outdo themselves at every turn. The reason that their debut succeeds so gloriously is that it somehow manages to breathlessly dash around so many corners of the musical map in under 45 minutes, without ever compromising its quality or clarity of vision.

Reissues can be problematic in that too often they effectively attempt to sell the same product with a smattering of inconsequential add-ons. What is thoroughly impressive about the Suede reissue is the considerable lengths that Edsel Records have gone to in drawing together a genuine snapshot of the context of the band at the time of release. The extras here are truly breathtaking in scale, including a full CD of B-Sides from the album, taking in the likes of the fizzing glamour of ‘My Insatiable One’ and the still-beautiful ‘To The Birds’ from the flipside of ‘The Drowners’: as equal quality of anything on the record. A collection of assorted demos also grace the second CD, outlining that Suede had their masterplan in place from the beginning: the embryonic versions are directly comparable to the finished items in composition and structure. Amongst the demos sits a rough-hewn demo of Anderson and Justin Frischmann singing along to ‘Just a Girl’; a sweet folk ditty that will intrigue those aware of the incestuous London Britpop scene, but ultimately sounds like any other bedroom demo, giving little warning of what was to come.

And then there is the DVD, which will frankly, have Suede obsessives groaning and gasping with joy. Two complete and exceptional concerts are included: Sheffield Leadmill and the (until now unreleased on DVD) Love and Poison concert from Brixton Academy in 1993, showing the band at their raw and eloquent best; Anderson preening and preaching with effortless cool while Butler meticulously beats seven shades of wonder out of his Gibson. The concert is wonderful, though the footage still suffers from some ludicrously Eighties fading and cutting. And as if that wasn’t enough, there are also the complete videos for all four of the album's singles and a scintillating performance of 'Animal Nitrate' from the 1993 Brit Awards (still in the 'uptight' Brits era; it must have scared the shit out the prim and proper audience). Add to that a revealing, poignant interview with Anderson and Butler and you have a quite remarkable package of sound and vision to treasure. Credit is due for treating long-term fans with respect and giving them something new to file alongside their worn copy of the original album: more labels could learn from this approach.

Stripping away the videos, costumes, sex and sensationalism; what ultimately defines the classic nature of Suede is the fact that, unlike so many records of its time, it simply hasn’t dated. There hasn’t been a British band since that has been able to pull off such a wide variety of influences, chemicals and hormones and yet still sound so integrated, focused and immediate. Suede tapped into a vein of society that was bored, homogenised and intensely resentful towards a lack of icons and made people want to strike out as individuals, accept their quirks and flaws and turn them to their advantage. This reissue serves to remind those outside of the bubble of just how astonishingly exciting guitar music can be when it throws all caution to the wind and embraces the past and the future in a fierce, passionate bear hug. It hasn’t aged; it still sounds magnificent. With the right moon, the right time and the right place, it still has the potency and power to change your life. And that is the alchemy that the truly great albums retain over the years. What does it take to turn you on?