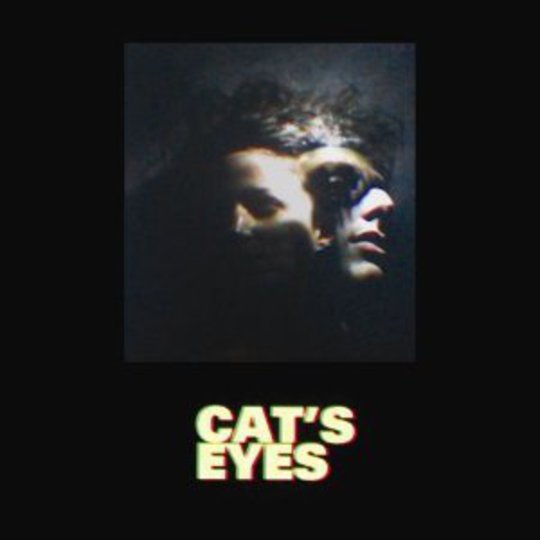 Four years ago, the idea of The Horrors trading lyrical blows with an operatic songstress was hard to imagine. Back then, the over-cooked proto-goth-punk of Strange House flirted with Rocky Horror pastiche. This was not a real band. This was a cheese-string, chicken ham, beef jerky sort of band straight off the production line, massaged by the vapid palms of South London A&Rs and worshipped by a congregation of equally stagnant and hair-sprayed hipsters. Their career path was set. The Horrors’ legacy would be a flash in a urine-stained pan that was already clogged with similar tuneless excrement like The Paddingtons and The Others.

And, then, something changed. The release of 2009’s Primary Colours showcased the sound of an act with real, undeniable mettle. Sure, taut of trouser they still remained, but the album was a masterstroke of atmosphere, built on massive wedges of thick, thrilling, ear shattering guitar. It could have been The Stooges, it could have been Joy Division, but what it couldn’t have been was The Horrors. Except it was. It really fucking was. Even now, almost two years on, the tremble of that gargantuan, oscillating record requires a second check. It’s still almost impossible to believe something so vacant could become so voluptuous.

With album number three continuing to ferment, band frontman Faris Badwan seems eager to continue his run of shock and awe. Teaming up with Canadian opera singer and multi-instrumentalist Rachel Zeffia, his Cat’s Eyes side project could have been a step too far. In theory, the juxtaposition of styles could be ravenous egoism built on a flicker of critical acclaim and artistic stupidity. But in practice, the duo’s self-titled debut is a triumphant beast that floats very close to having crossover appeal.

Rather than showboat their vocal histrionics, Zeffia and Badwan have opted for a series of short, swooshing Phil Spector-inspired soundscapes, heavy on saturated instrumentation that recreates wall-of-sound acoustics. Lyrically, the pair conjure a straight-laced narrative, box ticking the requisites of Sixties teen pop, with Badwan playing villainous hellraiser and Zeffia taking the role of insecure, heartbroken squeeze. Given the subject matter, it shouldn’t come as such a surprise to find Cat’s Eyes cornerstoned by these grandiose swells of melody - but it does. Even more perplexing is just how effectively it’s carried off.

Much like Isobel Campbell and Mark Lanegan’s most successful efforts, the interplay between baritone and purr is central to Cat’s Eyes’ draw. The title track’s roll of bass and keys lays the path for Badwan to gravel his way into Zeffia’s leaf-green strains, stirring up an enveloping, unsettling ambience that feels guttural and salacious. ‘Face In the Crowd’ is equally brusque; pounding to drums and swirls of acrid guitar while Bawdwan bellows “Don’t try and tell my you’re the only one, you’re not anyone at all” across a breathless rush of sharp, tingling brass.

At its core, Cat’s Eyes is a wide angled record: big in texture, bold in execution and littered with cinematic moments. ‘Bandit’’s mariachi sways and splashing cymbals is the sound of Tarantino getting to grips with a Wild West showdown; ‘Over You’s striding keys combine with Zeffias’s acrobatic swoops to stretch into a slickly produced James Bond blow-away; while 'The Lull’s string-washed contrast of cerebral mew and earnest growl trickles out as a tear-duct moistening Disney lament. Sure, such silverscreen ambitions are a long way from the Horrors’ bestial numbers, but these emotion-grinding moments carry much greater sway.

With his murderous, bowel-stirring roar, it’s easy to focus on Badwan’s feral contribution - particularly during ‘Sooner Or Later’s drone of jarring, industrial feedback where he’s found hollering like a strung out, violence-ravaged Nick Cave. Yet, Zeffia’s porcelain intone is equally engrossing. Over the gorgeous melancholic weep of album standout ‘I’m Not Stupid’ her repeated cries of “I can see she’s better than me” accentuate the pirouetting music box melody. It’s a grief-strewn moment of unadulterated sadness, underscoring the weight, both musically and emotionally, Cat’s Eyes carry.

Even now, four years and one critically acclaimed album later, it’s hard to believe a member of The Horrors could have shaped such a powerful piece of work. But, in these 28 minutes, Badwan underlines his determination to expand beyond traditional patterns, creating an album that’s absorbing and rewarding. Where he goes next is starting to look a whole lot more interesting.