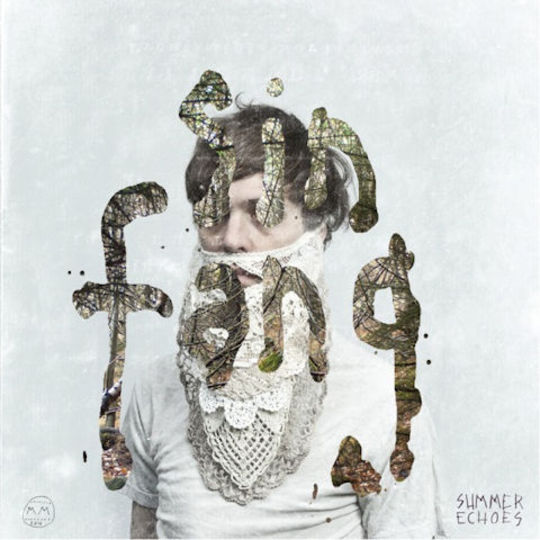 Sindri Már Sigfússon, formerly known as Sin Fang Bous has now dropped the final constituent of that performing name to become simply Sin Fang, and with it comes a new album from the Seabear man who looks like a boy. Summer Echoes picks up where he left off with Clangour, there is an expected shared aesthetic and sound – full, bouncy and never knowingly understated. Deliberateness is one thing which marks Sindri's newest musical excursion and perhaps an extended and more visible sense of purpose. Yes, the record does wind and change pace, but never does it meander.

Bizarrely enough, the intro to album opener 'Easier' vaguely recalls Beethoven's 'Ode To Joy'. This doesn't last too long, as that soon gives way to a textural thickness and richness that barely changes until the record's end. It is a joyous start, certainly, but tones are altered from track three, 'Fall Down Slow', which takes a ukulele and puts numerous and varied instrumentation around it to create a melancholic maelstrom. Next is 'Because The Blood', a track which encapsulates all before and after as it initially drags its heels with a solemnity, then splitting into a movement – complete with fanfare – of unbridled happiness, straddling both themes.

One remarkable aspect is the vocals. Sindri does, and perhaps always has, sounded like a man who has been smacked in the mouth right before starting to sing. Some of his countrymen may enunciate and enchant in a partially made up language, but at points here the words are irrelevant because they are indecipherable. But fear not fans of melody, for they are at least hummable. Yet they seem to be both nowhere and everywhere. This is not a terrible quality at all, especially given the musical content found on Summer Echoes. It is a record which comes down just about on the side of indie-pop, although perhaps only it name, it sharing more of a connection with dreamy Sixties psychedelia than it does The Vaselines or any of that C86 nonsense.

It would be amiss – and this is always the case, by the way – to write about a record with a seasonal title without referencing this in some way, no matter how obscure or shoe-horned it appears. 'Summer Echoes' seems to less be a reference point of the hottest season, but the residual rays of light and warmth, the leftovers, the hot days in September and October. Yes, you could say the echoes of summer. There are no overly mournful laments in here, though we are toyed with during the opening 40 seconds of 'Choir', which abounds with Damien Rice-ness. The remaining three-minutes leave the balladeering well behind for another bout of acoustic-pop wonkiness, which then carries us through to the finale. A finely crafted and varied mix, then. As if we should have expected anything else.