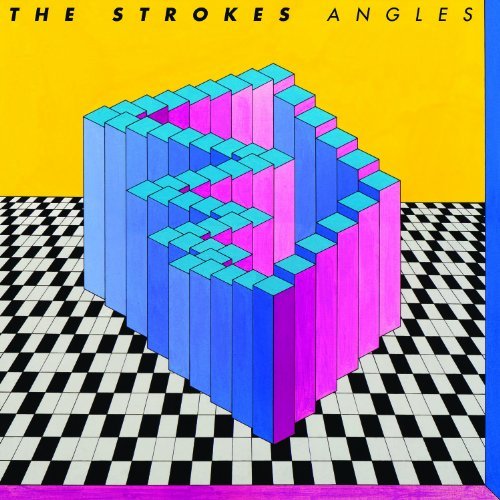 Just because the hosts are grumpy, it doesn’t mean the rest of us can’t enjoy the party.»

it's been almost five years since the group's last effort, 'first impressions of earth,' with the intervening period seeing both singer hammond jr and vocalist julian casablancas embark on solo careers but finally the strokes return with their fourth album 'angels'. the album ranges from the taut nervy melodic tracks 'metabolism' and 'you're so right' to the blondie rush of 'two kinds of happiness' and 'something about us' which is a kind of tumbling synth-strafed powerpop arcade fire. 'angels' is a terrific record that plays to the strokes strengths ('under cover of darkness' and 'taken for a fool' are rich in their trademark guitar jangle) whilst adding fresh colour to their palette.
description from www.roughtrade.com