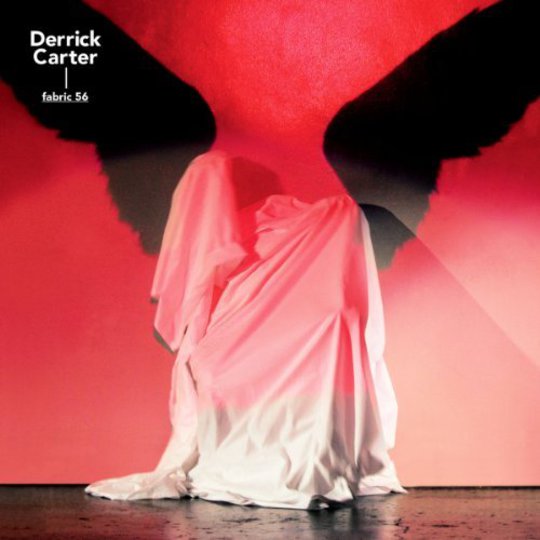 Part of me has always wanted to grow up in the New York or Chicago house scene of the mid-to-late Eighties. I’m not sure why. I’m not black, I’m not gay, I have atrocious hair and those who know me would refer to my fashion tastes as being 'conservative'. Yet from the first time I was introduced to house music as an uninitiated indie kid, I felt that connection that has made so many people swear allegiance to the boom, the bass and the rising cloud of soul. In many ways, it’s damaged the development of my dance education: I’ve never been able to quite shake my love of house music. Electro, dubstep, drum and bass…it’s all brilliant, I can see what people get from it. But none of it makes me feel the same as a thick, dark four-to-the-floor exaltation, warmth and depth of emotion. In a dance sense, I’m like one of those people who listened to The Beatles and decided to put their pipe and slippers on immediately after listening to Sgt Peppers..., in the belief that they’d never hear anything better. It’s my problem, I’ll deal with it.

Consequently, the legendary Chicago veteran Derrick Carter’s addition to the Fabric series promised to be something truly succulent. And it doesn’t disappoint for a second. It’s a clever move from Fabric to intersperse their releases between contemporary producers/DJs such as Shackleton and DJ Marky and veteran acts such as Drop the Lime and David Rodigan. Appreciation of the past while nodding towards the future. But Derrick Carter’s set is an unpretentious joy. Listening to it in a Salford flat really isn’t good enough. You have to close your eyes and imagine being swept into the club atmosphere. Something like Katy B might warble on about. But dirtier; dirty is good. And Fabric 56 is an absolute sweatbox.

The mix takes in ten years of definitive house tracks. It’s flat-out from the start with Green Velvet’s classic ‘La La Land’ (which keeps appearing throughout the course of the mix) clanging and clattering into the face of Jody 'Fingers' Fitch’s ‘Jack Your Big Booty’. It’s not a rise-fall-rise compilation, Carter specialises in smacking one furious, railroad track beat on top of another until you’re desperately trying to ignore the heaviness in your legs and wondering when you can take a breather. But it won’t happen; you’ll just have to bite your lip and keep going. It swings from industrial tech-house to old-school electro hip-hop before flashing back into deep, fuzzy soulful beats; always remaining intense and euphoric. Cricco Castelli’s sax-driven ‘First Love’ is exceptional; though Carter has the nous to temper it from becoming too Hed Kandi before the nu-soul of Osunlade’s ‘Pride’ brings you back down to a rattling, minimalist shake-up. It’s superbly paced. The whole mix reaches a supreme peak in between Roger Sanchez’s ‘My Organ’ and Tripmastaz ‘Back on my BS’: a six track span of house nirvana. Scattered throughout the mix are embossed vocal samples, fragments of disco, nuggets of soul, slivers of brass. Basically, everything that a great house set should have. And from the bare rhythm tracks that make up the early part of the record, the bass steadily creeps upwards in the mix during the set, until it’s practically assailing your internal chemistry.

The Fabric compilations have always been at their best when they exude the atmosphere of a great live set into your headphones, speaker cones or boom-box. Carter’s skill in creating this is that he doesn’t try to be overly clever with the technical mixes or pretentiously focusing on obscure tracks. He just wants a party. And he shares it with us. The whole mix is filled with smiling faces, handshakes and hugs. It’s one of the best Fabric releases of recent years and part of a continual renaissance for a release line that was slipping into over-familiarity and drudgery a few years back. Derrick Carter’s Fabric mix is basically a condensed block party in a CD case: it is never anything less than outrageous fun. It may be a little old-school for those who like their dance music so cutting edge that it’s supplied with a scabbard. But for those people like me who never look in mirrors on a night out and prefer to party rather than pose, getting down with the dirt, sweat and adrenaline; it’s a supreme collection, expertly combined and cultivated.