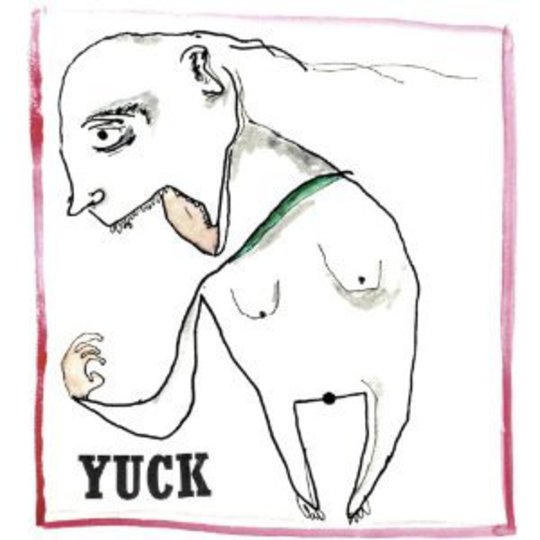 During the early Nineties, UK airwaves were jarred with the clang of ambitionless slackers who, without irony, slumped their shoulders at mainstream success. This was a new wave of star: apathetic, insular and un-moved by the behemoth pomp-rock of the times. But, if the sentiment was distinctly un-American, the results certainly weren’t. Grunge goal-kicked MTV into the consciousness of a new generation; chiselling icons from its reluctant foremen while bankrolling a sea of green notes into the pockets of opportunistic major labels.

As strange as it is to say now, Britpop’s mid-Nineties arrival was invigorating. Suddenly, the impassive ideals, lank hair and flannel shirts were gone. In their place stood an unquenchable bravado, fuelled by booze, gak and The Beatles. Considering the detachment that had gone before it, Britpop felt like an invasion people could actually be part of. Never mind the brouhaha over Oasis and Blur, this was something more – a parochial revolution that pushed Loaded, Chris Evans and New Labour to the fore of British culture.

Looking back, almost two decades on, it all feels like a shameful anachronism. Today, Britpop’s legacy is as washed up as many of its ‘stars’ who fronted the cereal box covers of Select, while the draconian values espoused by New Labour, Loaded and Chris Evans are consigned to darker days. Yet grunge retains an air of credibility. Perhaps not in philosophy - its ‘hate my life’ mantra has been swallowed whole by the embarrassment of emo tripe – but the ilk of Dinosaur Jr, Nirvana and Sonic Youth still carry weight amongst today’s wet-eared melody makers. So much so, recent whispers of a grunge revival have amplified into full-blown chatter.

Over the past year, Yuck have been tipped as heirs-apparent to this new (or nu-) grunge throne. The charging guitar stabs of their early output, emblazoned with a distorted throb that echoed J Masics’s barbaric fretwork, were certainly impressive enough to merit the accord. And to throw in a dash of intriguing subtext, two-fifths of this London-born quintet were spat out from the embers of Cajun Dance Party, a whippersnapper indie-rock troupe better known for saccharine pop melodies than turmoil-induced riffs, instilling a polished edge to their fuzzy throngs.

Yet, across the gamut of 12 tracks, the band’s early promise wears thin. Their debut long-player - self-titled to seemingly maximise the effect of that abrading name – may not exact the same angst-ridden principles of grunge’s hey-day, but the guitar-thick production and gnarled vocals clamp defiantly on to the period, albeit leaning more towards Creation’s hazy output than the gritty clatter of Sub-Pop and Seattle. And, as with any form of retro-resuscitation, the pleasure taken from this foray down memory-lane diminishes fast. After all, these wares have been turned out before. Usually with more class.

The opening run of ‘Get Away’ and ‘The Wall’ leads the album’s charge, blurting out the sort of crunching riffs and effortless choruses Ash pedalled on career-launching debut 1977. Frustratingly, such obvious hero-aping trundles down the record’s spine. The bassline-bruising ‘Operation’ and the equally frenetic ‘Holing Out’ gush along like Teenage Fanclub in a juvenile detention centre. ‘Rubber’s swamping dirge of reverb and distortion is equally cloned, riding a psychedelic Pixies trip without the clout or gout of Frank Black. It’s not the execution that’s the problem here; it’s the lack of initiative.

Played out in full, the record resembles a depressing rummage through early-Nineties record racks - listenable, yes, but without the nerve to tickle more ear-pleasing teats. And while Yuck display a doggish pedigree, their efforts lack the persuasiveness of their idols’. Even lyrically the album pays a weak homage to the past. The shaky narrative that runs over ‘Suicide Policeman’s breezy acoustics couldn’t be more a It's A Shame About Ray-era Evan Dando if it pulled up with a crack pipe and a Courtney Love blow-up doll.

Ultimately, Yuck is the work of a band in its infancy; too engrossed in worshipping musical deities to lay down its own ideas. Yet, within this naivety are subtle glimmers of hope. The hushed chimes and whispered purr of ‘Stutter’ work their way into a luscious dream-pop lament that serves up a glorious album high; while the guitar-stacked ‘Georgia’ is a frothing, acrobatic affair that suggests uncharted depths lie below the sea of mediocrity. But these are mere glints of salvation. This, as a whole, is a record safely chugging down the long, empty road to alt-rock purgatory.

Ironically, just over 20 years ago such a cumbersome debut could have set the foundation for glories to come. But this is not 1989 and they are no Nirvana. Yuck, despite their best efforts, are part of an era where quick wins score high and a long game means nothing. Had they furrowed their own pathway their future could have been assured. Instead, the past may be all Yuck have to play with.