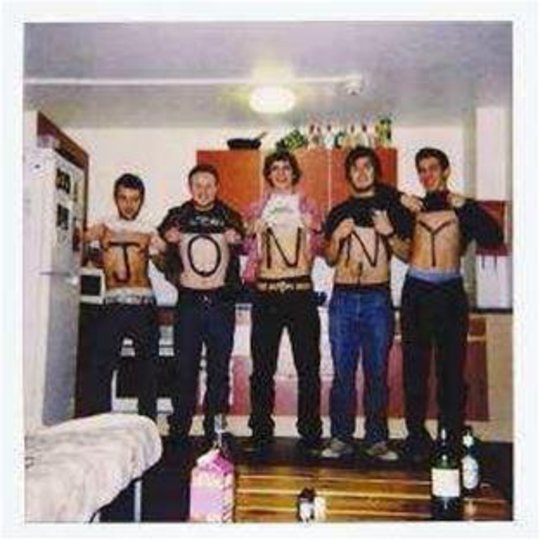 Listening to Jonny, the album from Norman Blake and Euros Child's project of the same name, brings to mind the video for 'Sugarcube' by Yo La Tengo. For the uninitiated, the video consists of a record company executive barking at the band about how they are never going to sell any records because they don't look or sound like a rock band should. Of course this still holds true today; the terms on which a guitar-based band can achieve mainstream success are as narrow as they have ever been. As the pop, hip-hop and R&B which makes waves in the charts is furiously reinventing itself, the counterpart rock music has rarely been duller. Look how far the Kings of Leon have had to dilute everything that made them interesting to get a number one hit for example. Even the beards had to go. On the flipside, there has never been more bands existing below this high-water mark of boredom, carving out a niche which would infuriate YLT's A&R man with its lack of commercial ambition. Jonny are one of those bands. Which I'm sure will surprise no-one familiar with the previous stuff from either of its members. An unaccredited cameo from Nicki Minaj on track five, now that would be surprising. But before you call my mother a whore in the comments section, this is just a tongue-in-cheek way of saying that Jonny is a slightly limited record. Nice as far as it goes, but probably not good enough to find a fan base outside those who loved Gorky's or The Fannies. So the question is; how does Jonny hold up to its more illustrious lineage? Non-phenomenally, more or less.

'Wich is Wich' comes closest to the anarchic spirit of Gorky's, sounding a bit similar to the verse from 'Poodle Rockin'. After this point the album largely sounds more like a hybrid of the bands Jonny made their name in. 'Candyfloss' is one of the high points of this marriage, driven along by a neat Hammond organ riff weaving in between the harmonies of Childs and Blake. 'Waiting Around for You' is the start of a run of knockabout blues-tinged psych pop which floors any promise the first two tracks had shown. 'Goldmine' and 'You Was Me' continue in the same frustrating vein. In the kind of territory Jonny inhabits (the kind of territory that has seen more musicians take a crack at it than Courtney Love), there's never going to be anything new to be heard. So when it’s not done excellently, the time it takes to get boring is slightly less than the time a signal to skip the track takes to travel from the remote control to the stereo. This is doubly true when other tracks on the album cast a shadow over the duds.

'Circling The Sun' is a return to the right track, this time sounding distinctly more Teenage Fanclub than Gorky's; at times even conjuring a vision of The Eagles filtered through a winsome fog on the West Coast. 'English Lady' is another gem. A strummed piano leads a lovely downbeat waltz, but if you look hard enough, there is a twinkle in EC's vocal acknowledging the wonderful absurdity of a Welshman and a Scotsman singing about taking an Englishwoman to the West Country and buying her cakes. "Take her out to the country, I hear Cornwall's nice this time of year" has got to be at least partially tongue in cheek, right?

'Circling the Sun' and 'English Lady' give Jonny enough of a fillip that the rest of the album is more assured than the patchy returns of tracks 1-5. 'Bread' is back to the same more-restrained version of Gorky's heard on 'Wich is Wich', while 'I Want To Be Around You' has another strong combination of organ and twin harmonies. On the other hand though, the rest of the tracks from six through 13 will most likely not bore themselves into your consciousness even after five listens. If gentle psych-pop is very, very much your thing, you may fare better with Jonny, but otherwise the overriding impression the album will leave you with is that it would have made a really strong EP with some judicious pruning.