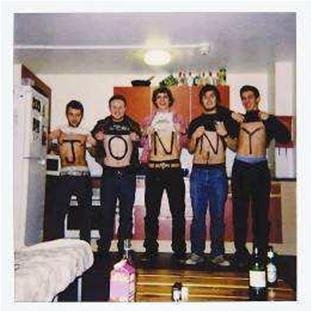 If gentle psych-pop is very, very much your thing...»

norman blake and euros childs release their debut album together as jonny. the self-titled, co-written album is released on alsatian records (turnstile). the album artwork is also revealed to be the inspiration behind their unusual name. blake came across the image on a friend's website "and thought it would make a great record sleeve.....and name for a band". "sleeve first, band-name after", confirms childs, "that's always the best way". inter-twining the musical dna of two of britain's most gifted songwriters, jonny's debut album proclaims the advent of an irresistibly infectious new strain of psychedelic pop.
description from www.roughtrade.com