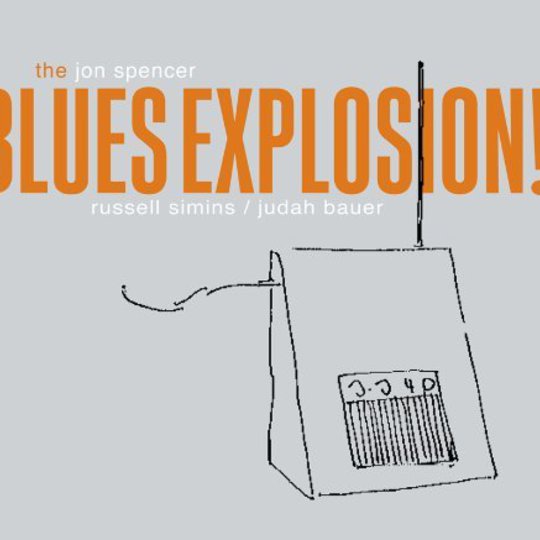 Entering the world of the Jon Spencer Blues Explosion can be perplexing for the uninitiated. The band’s roughshod feeding of rock and soul signifiers through a gnarly punk filter manages to pitch them somewhere in between pastiche and sincerity, where plastic showmanship and achingly indebted riffage is chained to buckets of sweat and a James Brown-like desire to entertain a crowd. Naturally, this is all best experienced in a live setting, although Spencer and his group have never had too much trouble translating their frenetic showmanship to vinyl, where they sensibly make up for the lack of physical presence by widening the Blues Explosion’s scope to include string sections, brass, female backing vocals, and guest rappers. Now, the Shove! label has issued a set of the band’s earliest works over the space of six CDs, which are packed with extra tracks, lavish packing, extensive liner notes, and all the Jon Spencer ephemera you could ever want in your life.

Year One: If the aforementioned addendums to the Blues Explosion sound made for a more palatable transition from the live arena to the studio, the band hadn’t realised it yet at this early stage in their career. This is the nascent sound of Jon Spencer, Judah Bauer and Russell Simins sketching out the Blues Explosion aesthetic, where stodgy rock riffs are piled high and Spencer hollers wildly over the top. It gets a little monochromatic over the space of 38 tracks, but most of the songs are mercifully brief, and there are dashes of the trademark humour that would surface on later recordings. It’s hard to resist an intro that goes: “Some of you ever been up to Wisconsin? They got a lot of cheese.” and devolves into Spencer caught in the childlike throes of trying to count as fast as he can (from ’40 Lb of Cheese’). The standout tracks here were mostly recorded with Steve Albini, notably on the sludge heavy riffing and discordant sax squall of ‘Water Main’, which demonstrates how Spencer can turn his feral rock howl to almost any topic and make it sound convincing. (7/10)

Extra Width/Mo’ Width: This is the point where Spencer and his cohorts widened the scope of the band, perhaps realising there was little point in trying to capture the live fury of the group in the studio and instead looking to bolster the sound in other ways. The highlights on Extra Width come thick and fast, from the chainsaw guitar solo on ‘Afro’ to the soulful organ stabs of ‘History of Lies’ to the campy throb of ‘Backslider’. Both that album and ’Mo’ Width were recorded at Easley Studios in Memphis, and it's not hard to see that city’s twin soul and rock histories bearing down hard on the Blues Explosion—even the titles reflect it (‘Soul Typecast’, ‘Soul Letter’, and the Elvis nod of ‘Jailhouse Blues’). The extraneous material on Mo’ Width is far from essential, but it matters little because Extra Width is their joint finest moment, where all of the band’s rock excesses are shaved down to the bone and expertly entwined with their blues, hip-hop, and soul fandom. (8/10)

Orange: Originally released in 1994, Orange remains the Blues Explosion’s most confident recording. This is the sound of a band that has tirelessly worked itself into the ground in venues all across the world, giving Spencer ample time to work on 'Jon Spencer', the larger-than-life rock presence fronting the band, who is in marked contrast to the reticent figure he becomes off-stage. It’s also the point where they sound most comfortable assimilating all their influences, from the Isaac Hayes strings of ‘Bellbottoms’ to the ton of hip-hop beats that Simins was clearly gorging on and transporting to his drumming over this period. Beck’s phoned in rap on ‘Flavor’ is one of the many highlights, although the extra tracks — which look appetising, considering the involvement of the RZA and Mike D — are the weakest in this bunch of reissues. But that might just be because the imperious riffing on tracks like ‘Ditch’ and the back-and-forth between Spencer and his backing vocalists on ‘Blues X Man’ are damn nigh impossible to resist going back to time and time again. (9/10)

Now I Got Worry/Controversial Negro: It must have been difficult to know where to go after two releases that firmly nailed the Blues Explosion’s colours to the mast. Now I Got Worry was the band’s first release for Mute in the UK, and pretty much carried on from where Orange left off. There’s the howling punk of ‘Identify’, the soul-funk tributary of ‘Wail’, an assimilation of lo-fi disco moves on the Dub Narcotic cover ‘Fuck Shit Up’, and an unwelcome move toward stultifying blues authenticity by getting RL Burnside to guest on ‘Chicken Dog’. It’s not a bad album, but there’s a sense of the brakes being put on, of the band finding its comfort zone and resolutely sticking to it rather than evolving as they had done in the past. Far better is the live album Controversial Negro, which is a well recorded artifact from the same era that was set to tape at the Hotel Congress in Tucson, and goes some way to capturing the sheer block-of-noise fury of the Blues Explosion on stage. (6/10)(7/10)

Acme: The principal difference between Acme and the other reissues in this programme is the lack of ease felt within it. A number of producers were drafted in (Albini again, Calvin Johnson, Dan the Automator) and a more experimental approach was deemed necessary. Perhaps they were wary of treading water on Now I Got Worry and were keen to evolve the core Blues Explosion sound once again, but the band lost its fervent commitment to tightness here and tried loosening out the sound, with distinctly mixed results. There’s a huge old school hip-hop influence at work (‘Calvin’, ‘Talk About the Blues’) but many of the sounds feel tired and have been tirelessly picked over already on countless other records, and the more straightforward blues-rock numbers (‘I Wanna Make It All Right’, ‘High Gear’) are desperately lacking the panache and invention Spencer previously poured into his work. A few tracks stand out—‘Magical Colors’ remains one of their strongest singles—but there’s not much here that will stunt that itch to return to Extra Width or Orange. (6/10)