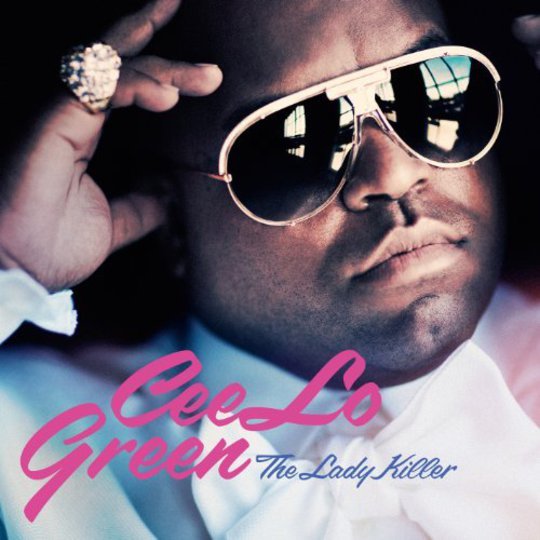 Cee Lo Green’s brief sojourn at the top of the UK charts with his recent hit ‘F*ck You’ shows Britain’s love of a good Motown pastiche and more importantly, swearing. Andre 3000 may well be cursing himself for not calling ‘Hey Ya’ something more explicit. It’s also another unexpected hit for Green, finally repeating the success of Gnarls Barkley and ‘Crazy’, another song that grew in popularity through word of mouth into an unassuming monster hit. Striking whilst the iron is hot, Green is releasing his third solo album The Ladykiller, a collection of smooth yet wistful pop standards.

It’s fair to say that many of the people who put ‘Crazy’ or ‘Fck You’ onto their iPods don’t know about Cee Lo Green's battles with depression and mental health and _The Ladykiller_ does little to enlighten the big man's newer audience into his personal struggles. Where on previous solo albums Cee Lo has tackled his demons head on, _The Ladykiller_ deals almost exclusively in seduction (‘Bodies’), rejection (‘Fck You’) and lust (‘Satisfaction’). It’s a heady mix and one that should see the album switching between the lounge and bedroom environment effortlessly. However, a wander around Green's undeniably fascinating mind would have perhaps felt more weighty.

Of course, if it’s the case of Green’s voice overpowering his mind then it‘s hardly an unfair swap. Seemingly bottomless, the sleek boom which he emits over the likes of ‘Wildflower’ and ‘I Want You’ take what could easily be slushy moments and inject them with a real sense of romance and tenderness. Put simply, Cee Lo could sell snow to the Eskimos if he was allowed to croon his pitch. It puts Britain’s similarly aimed and aptly named Plan B and his weedy combo of larynx and lungs to shame.

The Ladykiller is unashamedly retro, but unlike, say, Amy Winehouse’s Back To Black, it lacks the emotional punch to keep it feeling contemporary. The ‘Billie Jean’ sampling ‘Bright Lights, Bigger City’ injects a welcome addition of pace but ultimately doesn’t justify what must have been a hefty clearance fee. If borrowing from another artist was the direction Cee Lo wanted to go then the inclusion of ‘No One’s Gonna Love You’, his Band Of Horses cover strangely omitted here, would have been a welcome inclusion. The Sixties soul plied on The Ladykiller is best when in crystalline form as on ‘Old Fashioned’, a shimmering and gorgeous moment that sums up what Green spends much of the record attempting to achieve.

Undeniably charismatic and talented, Green has managed to find success in a much more mainstream fashion than the experimental pop of Gnarls Barkley. The feeling that he is presenting a sanitised image of himself remains, but ultimately this is quality stuff. Don’t like it? Well Cee-Lo has two words for you.