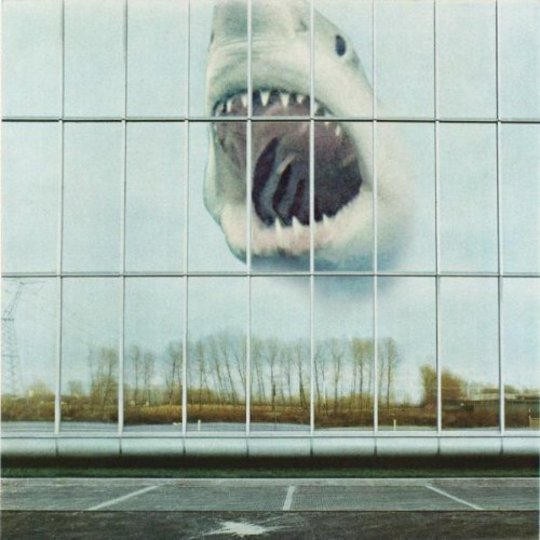 The video for the splendidly-titled ‘Hair Song’, Wilderness Heart’s opener and Black Mountain’s latest statement of nostalgic intent, is a weird one. And not just because the whole Canadian-band-meets-forest-setting thing it hinges on is reminiscent of nothing so much as Bryan Adams’ ‘(Everything I do) I Do It For You’ video.

No, it’s the cocktail of Almost Famous-style hippie-fringes‘n’guitars imagery, of Eighties skateboarding movies, of unambiguously Noughties settings and equipment, alongside flashes of a rather self-conscious wistfulness (for its lovely female protagonist with lovely hair still buys her records on vinyl, see) that’s most disconcerting. It ends up resembling the clever-retro of Tarantino’s Grindhouse, which you’re sure is set in the early Seventies until you see a character using a mobile phone. And in doing so begs a question that one rarely associates with albums that are actually, y’know, good and stuff: just how ironic is this supposed to be?

It’s a question Black Mountain managed to sidestep with their first two records for three main reasons: Black Mountain and In The Future were so energetically shameless in their looting of rock’s founding texts that they ended up sounding like a band revelling in the fact that they “can’t stand all your modern music” (‘Modern Music’) rather than thinking too hard about the implications of theft. They were constructed with an audacious 'we’ll do a seventeen-minute track if we want to' intensity that made all the recycling sound striking and hip (which, let’s face it, Hawkwind never were) rather than postmodern (see Mars Volta) or just plain stupid (see Wolfmother).

And Black Mountain and In The Future both knew, when the time came, how to swing, with big ol’ five-chord breakdowns galloping alongside sketchier little grooves, such as ‘No Satisfaction’ on the former and ‘Evil Ways’ on the latter.

Wilderness Heart’s opening flurry of tracks announces, on the other hand, a lot more reference-point plunder and not much else besides. Three four-minute tracks, one anthemic, one chugging, and one all acoustic harmonies. Three twenty-second intros, three verse-chorus-verse-chorus structures, three underwhelming instrumental sequences. And most worrying of all, even those reference-points are for the first time a tad suspect. Hints of, horror of horrors, Foo Fighters make themselves known towards the end of ‘Hair Song’ and go on to fully define ‘Old Fang’’s chunky choruses, whilst the former’s resemblance to My Morning Jacket is trumped by the latter’s to Kenny goddam Loggins – yes, the ‘Highway to the Dangerzone’ Top Gun guy. We’re talking, in short, bastardised versions of canonical rock rather than the proper stuff.

It’s a feature that endures even when the big guns are wheeled out for the album’s rollicking centrepiece. If it sounds obvious to say that ‘Rollercoaster’ and ‘Let Spirits Ride’ evoke Led Zeppelin IV and Paranoid respectively, that’s because the songs sound that obvious, right down to an approach to rhyming couplets that would make Muse blush: “Electric tides cast upon your shores / A rudimentary force of life is shining at the gates of heaven’s doors” and so on. Obvious, that is, until ‘Rollercoaster’s chorus kicks in, and all at once it sounds like Hayley Williams from Paramore has just entered the building.

Actually, that’s not quite fair on Amber Webber who, alongside revealing hitherto held-back rawk-chick credentials, is responsible for much of the marked improvement that is Wilderness Heart’s second half. The harmonies on ‘Buried by the Blues’ are like the sunset B-side to ‘Hair Song’’s sunflecked choruses; the title track sounds like Howling Bells with several more testicles; and Webber’s ethereal contributions to closer ‘Sadie’ make it shiver like something off the first Secret Machines record, a much more successful exercise in creative reverence for the Seventies than, to my mind, this one.

For Wilderness Heart remains, ultimately, a collection of ten tracks of roughly equal length, each taking roughly one classic idea and pickling it in (admittedly, impeccably realised) production gloss and traditionalist technique. And rocking in the wake of Stephen McBean’s just a bit too silly call to “let the whole world turn us on” on ‘Hair Song’, that’s not good enough. Because it makes me fear that Black Mountain are, these days, sort of winking at us in the gaps between all the killer riffs, rather than getting on with making them awesome. And that’s a bad decision.