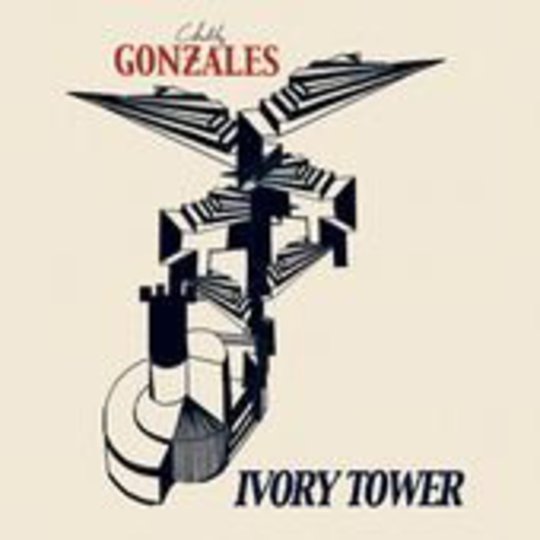 As one of the most talented and flat-out entertaining musicians around, you’d expect Chilly Gonzales would have no trouble finding an audience. Yet aside from his successes as a producer, he is yet to make a solo record that lives up to the experience of his critically lauded live performances. Okay, there’s Solo Piano, a beautiful collection of original piano compositions, but somehow that record doesn’t feel like a Gonzales record at all, devoid of the character that makes him one of a kind.

The idea of achieving perfection seems to bore Gonzales, who assumes his position as the underdog, or the misunderstood genius, because he enjoys the mischief of purposefully avoiding his potential. In an interlude on recent hip hop infused mixtape Pianist Envy, Gonzales jokes about his 2008 album Soft Power, labelling it “a pathetic attempt for me to try to become a pop singer in the wake of having worked with singers like Feist and Jamie Lidell”. Gonzales often uses self-deprecation in this way to produce big laughs, but it’s the element of truth in such statements that provide their edge. In spite of Gonzales’ huge talent, there’s little room to achieve pop superstardom as a comedian or a virtuoso pianist.

So here we have his latest project Ivory Tower, the soundtrack to a film of the same name that he writes and stars in. While the very nature of a soundtrack makes this unlikely to be the record that thrusts him into the mainstream eye, it carries all the hallmarks of Chilly Gonzales the entertainer. ‘Knight Moves’ eases the album into motion in the form of a sweeping instrumental with delicate piano and string arrangements, before two minutes into the second track, Chilly utters his first words, “I’m a dogshit ashtray”. Just when you thought Gonzales had slipped into the realms of serious musicianship, he brings the tone back down with a series of witty and often hilarious one liners. The song continues: “I’m an imperial armpit sweating Chianti, I’m socialist lingerie, I’m diplomatic techno, I’m gay pastry and racist cappuccino...who am I? I am Europe”. Such a song might have had a short lifespan in other hands, but the strength of the accompanying melodies gives it replay value.

Stylistically, Ivory Tower finds Gonzales treading new ground once again: produced entirely by Boys Noize, the record has a pulsating euro-pop flavour. This approach has varying degrees of success, but for the few misplaced blasts of garish synths and computerised vocals, there are neat disco rhythms that add depth to a still-piano-dominated album. Elsewhere there are some down tempo instrumentals in ‘Bittersuite’ and ‘Final Fantasy’, and occasional witty interjections, but vocals are used sparingly throughout. This can make for some fairly long instrumental sections that feel padded out for the sake of the soundtrack, but don’t necessarily work as standalone pieces of music. The best moments, then, are those of joyous pop like ‘You Can Dance’, or clever wordplay as in ‘The Grudge’, that combine his personality with his prowess as a pianist.

As ever with Chilly Gonzales, here is a record that is entertaining, but lacks a coherent enough vision for it to add up to something truly great. There is enough great music here to make Ivory Tower a worthwhile listen, but this soundtrack drifts in the void between the two extremes of his back catalogue. While this might not be the definitive Chilly Gonzales album that I still long for, I’m sure any criticisms will only add fuel to his relentless underdog spirit.