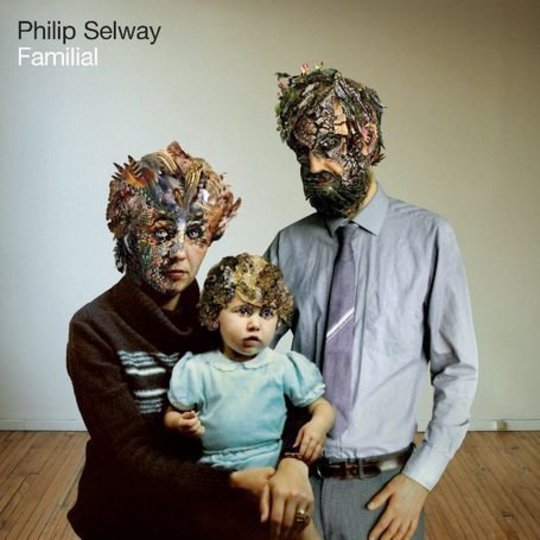 Phil Selway has put himself on the line with the release of Familial, not least because this first solo effort comes after playing in one of the world's biggest bands for the majority of his life. Living in the shadow of more dominating creative forces must be intimidating and is probably the reason it has taken him this long to strike out on his own. It can't be easy to begin a project knowing it will ultimately be compared to The Eraser or the There Will Be Blood soundtrack, however arbitrary or unfair those comparisons are.

But somehow, despite what you might call 'Ringo Syndrome', the Radiohead drummer doesn't sound like a man who has something to prove. In fact, one of the first things that struck me about Familial is how composed and understated it is. Selway's voice is delicate and homely, infused with a reserved Englishness and rarely stretching to reach notes. He is, however, a man with things to get off his chest. The lyrics reflect on the family unit, friendships and loss in a matter-of-fact way that hints at the catharsis beneath. On 'By Some Miracle' his delivery is melodic, addressing depression candidly: "By some miracle / I just got away with it / I've clawed it back again".

A pet hate of mine is easy rhymes, and there are definitely a few of those here. There are no real cringey moments, but lyrical themes are often over-explored and a bit blatant, leaving little to the imagination. For example, 'Falling' is a nice-enough open-tuned strummer, let down by words that sound a bit like a sixth-form Philosophy essay on existence: "When all is said and done / It's just a trick of light", and later: "It's only make believe / Nothing more". Parts of the album are also heavily derivative. There is more than a hint of Nick Drake's 'Three Hours' in the chords of 'Beyond Reason', and the metaphor of the black dog in 'By Some Miracle' is another Drakeism. This wouldn't be a problem – most people who pick up an acoustic guitar owe something to the man – except that these are probably the best tracks on offer.

While some songs verge on cheesy due to predictable major-key resolutions and so-so words, a few manage to condense the sentiment of Selway's new project. 'Patron Saint' is a dark folk number that for some reason reminds me of the pastoral acoustic diversions from King Crimson's Court of the Crimson King. 'A Simple Life' has an addictive hook that you can imagine being vetoed at a Radiohead practice for its sentimentality, but functions surprisingly well as a vehicle for the lyrical content and comes across as endearing in the process.

As 'The Witching Hour' draws to a close I realise something strange – the drums and percussion are barely noticeable throughout the album. At points we are presented with a simple pop beat, but for the most part the rhythms are textural and incidental, crafted in order to not stand out. I am not saying I want an album of drum solos and showy time signatures, but it does seem like he may have thrown the baby out with the bath water in shifting his focus to playing guitar. Some of these songs would spring to life if they were less restrained, and adding a tactful but solid rhythm could be one way to achieve this. As it stands, there is enough here only to convince listeners of Selway's emerging talent as a songwriter if he sticks at it. I'm not sure what I expected, but Familial is half disappointment, half potential.