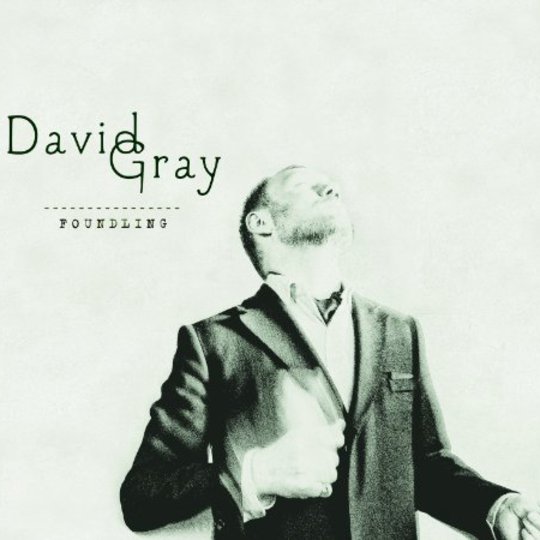 David Gray was always an unlikely looking popstar. Not just offering meat and potatoes acoustic rock, he actually looked quite like a pub dinner, like a rough assemblage of veg, or a mister potato head who, like Pinocchio, had finally been granted that meaty body he dreamed of. His democratic features made him look a bit like an extra from a Strongbow ad who had wandered into a pop promo. He looked affable, like a bloke from the office you might accidentally wind up having a pint with. He nodded his head a lot, like a puppet in a cheap advert.

The proletarian honesty of his face was not matched by any politics, his troubadour shtick was airily vapid, the music had its sights set on little more than airtime and his bank balance. 'Babylon', the second single from his multi-platinum selling album White Ladder did not explicate the inequities of the West; quite the opposite - the Paul Simon rip with a big effective Manc-pop singalong chorus was the type of fare to launch a thousand ASDA love albums. He wore denim, polo and open collar shirts, his style referencing the Jam in the same way Tony Blair might have.

But there was one thing he could do, and that was, in a largely mechanical but thoroughly effective way, to write songs. Anyone who can out-Coldplay Chris Martin with a lispy piano hook as he did to such bravura effect on 'Please Forgive Me' has some sort of cynical gift. A decade on from his stardom, this new album showcases his acoustic indie compositional ability. Quietly and demurely it sets out the range of his talents, which while they don't amount to anything very meaningful - he is still afterall stuck in the genre dead-end of schmindie, a schminger-schmongwriter to boot - smack of being generally sound.

'Open the Wine' begins with some light picking, figure eights with a hint of Drake, but a jazzier, more elastic feel, a elegantly produced deep tom bounding around the bottom end. The structure is lightly toned, the production simple and clear. His voice has taken on more of a twang, it has that ability to squiggle off and then launch like a plane chiselling off pieces of wood. It is what it is, and what it is - is fine, even if it does sound a bit like an indie workshop, manned dutifully by a bloke in overalls.

The title track has a slow spacious feel, a buzzing Farfisa making plaintive drone, those same toms similarly effective. A guitar like good Ryan Adams is aided by some thoughtful production, a close ear for resonance. On 'Forgetting' an obviously 'significant' piano trickles over four minutes, as he repeats the word forgetting as if he's forgotten the next word, a borderline humorous touch. The dull masculinist interiority is intact, so is the slightly autistic emotional glibness. Half of it sounds like Paul Weller's Wild Wood. But, and this is the truth of the album, it's all very well done for what it is. Judging by the absence of singles, obvious or otherwise, it actually seems that a mature David Gray is making the music he wants to make. Presumably he has some money left from those Churchill dog adverts.

The sort of artist that epitomises the vapid burping elements of pop culture is usually a treat for critics. They can set out their stall against it, demand standards, meaning, aesthetic extremity, reclaim pop for art. Someone like David Gray is like a palate cleanser, a refreshing low, to give weight and dimension to a critical world. The critic can hone the takedown, smear the shit up the walls, and invite everyone to the ritual debauch, the orgy of destruction, that periodic scorching of the earth. No dice here. This album may be out of time, often boring, but is just too competent to lend itself to any fun.