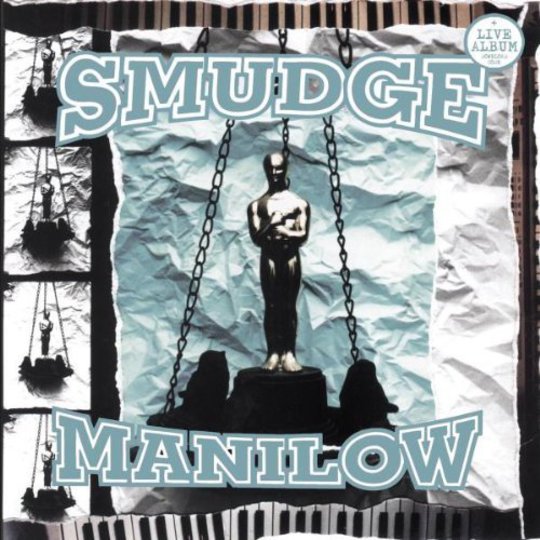 The latest band to be featured as part of the Fire Records' 'Embers' re-issue series have been pulled straight from the annals of Nineties' indie. These Smudge re-releases fittingly evoke the cultural spirit du jour and that has seen hipsters everywhere don denim, lace and plaid in a bid to recreate the grunge aesthetic. So, thanks to the cyclical nature of music and fashion, an era which was largely shunned for its lack of credibility has been taken right to the forefront of our collective consciousness again and Thatcher's children can re-live their misspent youth, totally on trend.

It would be perfectly fair to assume that Smudge are American, probably because they sound a lot like Dinosaur Jr. or because, in the grand tradition of Nineties' American indie, they can't sing for shit. But coming from the place that brought us Nick Cave, INXS and Cut Copy, they are something of an exotic rarity and are set apart from their American contemporaries by nature of their origin.

Smudge are one of those bands who perilously teeter on the edge of recognition, vaguely existing somewhere out there in the musical ether or at the back of your mind. And you wouldn't be wrong in thinking that they sound suspiciously like The Lemonheads either: frontman Tom Morgan can claim co-authorship for The Lemonheads' seminal 1992 album, It's a Shame About Ray. You may argue that this gave Morgan and co. something of a leg up...

Debut album Manilow's titular opener is a grunge soaked heavyweight, all dirgy guitars and brutal drumming, which threatens to obscure the album's sunny demeanour like an ominous rain cloud. But as the brattish roar and squall of feedback dissipates, the jangly, bittersweet melody of 'Ingrown' enthusiastically leaps in like a virile teen at a house party. This is the soundtrack to an awkward adolescence spent on the periphery of cool: stoner kids clutching paper cups of warm punch, lingering in corners at parties wearing faded band t-shirts, hiding from jocks. Listening to Smudge conjures up a stereotypical American high school scene of sorts: a pan shot of skater youths shuffling in their baggies through a leafy suburb to the sound of 'Funny You Should Mention That', or 'Pulp', aural testimonies of embarrassing teenage romance with lyrics like “Everytime I open my mouth I always end up fitting my foot in”. Clueless, anyone? Or Empire Records, possibly.

But it's not all bongs and Billabong. 'Scary Cassettes' canonises the genius of Lou Reed (“I've been told that you've been bold with Harry, Mark and John: well that's my second favourite line from my f-f-favourite song”) and there's the softer, C86 side heard in the fuzzy lo-fi of 'Desmond', which, with its bittersweet female vocals, encapsulates the jangle-pop of the Go-Betweens, the Shop Assistants or anything from the Postcard Records' repertoire. The delicious indie-pop of 'Ugly, Just Like Me' is almost suggestive of Comet Gain.

Released in 1998, some four years after Manilow, the nauseatingly entitled Real McCoy, Wrong Sinatra is largely inferior to the band's vivacious debut. Although both records maintain that fundamental slacker vibe, Real McCoy... veers more on the side of polished pop than scuzzy college rock. And it is noticeably more jaded in its tone. The virility and youthful enthusiasm of Manilow have gone: Smudge have lost their mojo. One of the album's few saving graces comes by way of 'Lucked Out', a dazzling exercise in dream-pop, with its Georgia Hubley/ Isabel Monteiro esque vocals. Oh and 'Jo Jo & the Guts' is a pretty fair attempt at Pavement mimicry and shows the band at their most atonal (and arguably their most Nineties).

But Real McCoy… is a pretty lacklustre effort overall, marrying the tepid and uninspiring alt-rock of Counting Crows and Gin Blossoms. Culturally, you could say that Smudge make a lot of sense. Musically, however, it would appear that after 1994, it all went a bit Cruel Intentions.