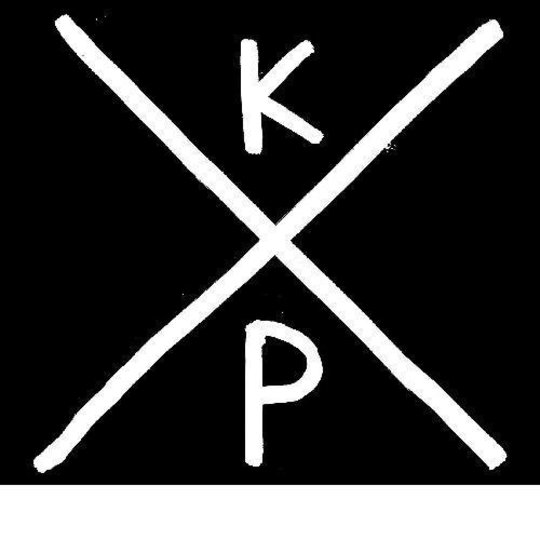 To say that Timo Kaukolampi and his krautian Finnish group K-X-P have kept some impressive company during their nascent spurt of activity would be putting it mildly. Kaukolampi formally played in feted bands Op:l Bastards and Larry and the Lefthanded, and has garnered acclaim in more recent times for being the producer of Norwegian popstress Annie. When he started K-X-P, Kaukolampi quickly caught the attention of the folks behind Optimo in Glasgow, who have remixed ‘18 Hours (Of Love)’ from this album and were due to give the band a slot at one of the final nights of the club before that pesky Icelandic volcano intervened. Needless to say, this self-titled debut from the group has been highly anticipated in certain circles.

K-X-P’s guitar-less sound is derived from a simple electronics/bass/drums/vocals format, which affords them ample space to settle into repetitive grooves that mesh tidily with tiny fragments of processed noise. This is music made in that strange netherworld between complete control and improvisation, where tightly practiced bass and drum patterns provide a core over which Kaukolampi can willfully abuse machinery until he hits on something he can cleave into a small crack of light in the sound. There are obvious Can and Neu! touchstones here, but K-X-P have a broader range than most krautrock imitators, even bringing a Glitter Band stomp into ‘18 Hours (Of Love)’ and matching it with Earl Brutus thuggery and Alan Vega yelps.

Perhaps the most fascinating aspect of this record is how quickly K-X-P can go from subtle meditative grooves to harnessing a sound that feels like you’re being hit in the eye with a large brick. Opening track ‘Elephant Man’ is pulled together from fuzzy synths and ploddy bass drum hits that sound like they might explode into chaos at any minute, but instead remain paralysed in perpetual stasis, never quite breaking free from a state of permanent anticipation. The following ‘Mehu Moments’ is driven by a Carnival of Souls horror movie eeriness, largely thanks to the shimmers of organ that crackle to the surface throughout, which are weighted down by a stodgy Add N To X groove that gains further traction when the track segues perfectly into ‘18 Hours (Of Love)’.

It’s on the latter that we get the first vocal turn from Kaukolampi, who seems to envision K-X-P primarily functioning as an instrumental band where the words simply act as another texture to add to the mêlée. But he clearly relishes getting all Iggy on us for one or two tracks, where the simmering acrimony that underpins most of the group’s music positively compels him to lash on thick layers of impenetrable vocal distress. It’s that juxtaposition between the placid and the untamed that works so well in K-X-P’s hands, where sleekly refined groves are allowed to build subtly, only to be toppled over into something far more demented as Kaukolampi skews the serenity with a fetid garbage can of untrammeled electronics or a twist of heavily distorted vocals.

But just when you think you’ve got a handle on the K-X-P sound, as a three part mash-up between Detroit punk fury, krautrock quiescence, and the marrying of pop and noise that proliferated throughout the earliest Cabaret Voltaire records, they take you somewhere else altogether. ‘Aibal Dub’ takes the complete control of Kaukolampi’s Annie productions and dumps them in an echo chamber; ‘Pockets’ offers the first fully discernable Kaukolampi vocal, which is all anxious agitation splashed over machine-precise drumming and watery keyboard gloops; and closer ‘Epilogue’ positions itself as a mini robo-rock epic, somewhat paralleled by Add N To X’s ‘Oh Yeah Oh No’ from Avant Hard, but also making perfect sense as a statuesque closer to the K-X-P vision.

In lesser hands, this would sound like a hodge podge of ideas loosely thrown together in an attempt to assimilate wildly disparate components pulled from the band’s admirably eclectic record collections. But Kaukolampi keeps his hand firmly on the tiller throughout, making sure there are enough common threads (the gnarly raw analogue synth noise, the firmly anchored repetitive drum cycles, the carefully weighted bass lines) to sculpt a basic K-X-P aesthetic that gives the group a singular identity but also allows them to turn it inside out whenever they want. These songs probably resonate to a greater degree when taken out live and forcibly throttled down an audience’s throats, but Kaukolampi and his cohorts have done a decent job at chaining them down in the studio here, offering a great deal of promise for whichever direction K-X-P spins off into next.