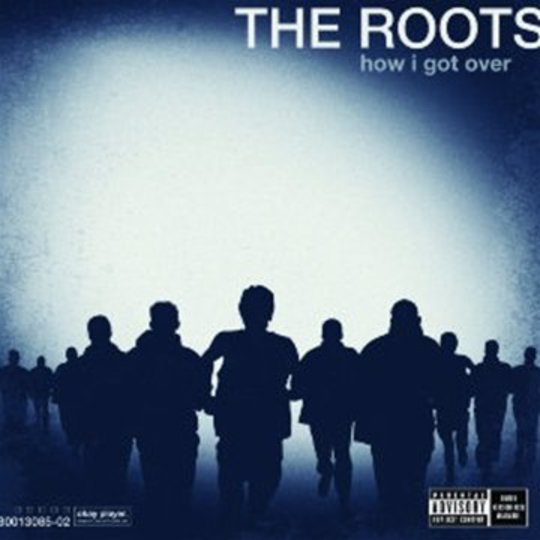 A quick glance at the guests and samples on The Roots’ ninth album not only tells you where the Philadelphia collective’s heads are at musically, but also where How I Got Over is most likely to be found in many people’s collections. For you can well imagine this sandwiched between Joanna Newsom, Monsters Of Folk, Dirty Projectors and John Legend – all of whom appear in some form or other here – in someone’s CD racks or harddrive. They’d certainly seem more comfortable amidst orchestral indie, folk and retro-soul than they would in the company of L’il Wayne. Not that The Roots have completely abandoned their hip-hop – er – roots here. Phonte Coleman and former full-time member Dice Raw are amongst those invited onto the mic, but they’re hardly rappers with much renown beyond an underground where backpacks are still more of a must-have than in the Ramblers Association.

All of which is ample ammunition for those who still sneer that The Roots represent hip-hop’s more middle class end, music you’d put on while enjoying a nice chablis in the garden rather than getting ‘crunk’ in a club. There’s definitely a more mellow ambience here than on 2007’s Rising Down where the jittery beats and Black Thought’s wild-eyed rapping confused a fair few fans seduced by the laconic jazzy flow of earlier LPs like 1995’s Do You Want More?

Plus, The Roots are probably thinking about a whole new demographic beyond the hip-hop purists and curious indie kids now; the millions of American TV viewers who’ve only ever seen them as resident house band on Late Night With Jimmy Fallon over the past two years. Yet the power of How I Got Over is that it convinces you that its smoother and less aggressive sound isn’t down to pandering, but because The Roots are grasping that opportunity to spread their message to the widest audience possible. But there’s another reason why How I Got Over sounds more positive and less paranoid than their last few albums: it's the first Roots album since Obama’s election. It’s certainly notable that How I Got Over has much more in common with the albums that The Roots released pre-2000 than it does with anything they put out during Bush’s tenure in the Oval Office.

But then, How I Got Over isn’t a straight return to their mid-Nineties sound any more than it’s a complete reinvention. As the title suggests, it’s a record which marks a transition for The Roots but which, like the America it addresses, is still aware of the burden of the recent past. There is still a definite defiance and pride in Black Thought’s rhymes, but tempered with an acceptance of human frailty and a wisdom that’s come at a price, whilst the music seems more intended to soothe limbs aching after standing at the barricades for so long than it does to set off spontaneous street dancing now that those barricades have started to crumble.

In other words, How I Got Over is a mature and – whisper it – middle-aged album, although with none of the mediocrity that. It certainly doesn’t suffer from middle-aged spread; at just over 40 minutes it’s The Roots’ shortest and most focused LP, and the music never sinks into flabby over-indulgence. Its ‘maturity’ comes from the sense of self-possession in both ?uestlove and the band’s beats and also Black Thought’s rhymes, where he has the maturity to admit that he’s still asking the questions but doesn’t have all the answers, and that reflection and introspection don’t necessarily preclude awareness of the bigger picture.

It’s a tone established by ‘Walk Alone’, where Black Thought ponders his own "road to perdition", yet also draws parallels with child soldiers in Sierra Leone. In fact, the plaintive hook of ‘Walk Alone’ sets the template for the rest of the album in other ways. The vast majority of these tracks revolve around instant hooks - sung or sampled - from the likes of Joanna Newsom and John Legend. That might be standard practice in a lot of hip-hop, but it’s something of a surprise from a band with a much vaunted reputation for live improvisation and experimentation.

Yet even though most of the tracks are variations on a few themes; when those themes are as big as God, redemption and the struggle to find meaning in the world The Roots hardly paint themselves into a corner. Black Thought is at his erudite best, and even when borrowing so heavily from other people’s records – namely Newsom’s ‘Book Of Right On’ for ‘Right On’, Legend’s ‘Again’ for ‘Doin’ It Again’ and Monsters Of Folk’s ‘Dear God’ for ‘Dear God 2.0’ – he completely makes the track his own; that such big name vocalists end up playing second fiddle to him on versions of their own tracks proof of his prowess.

The music similarly evolves slowly but surely, nuanced and nimble as it skips down a line somewhere between Terry Callier and J-Dilla. But, fittingly for an album so concerned with change and transitions, it’s the progression between the tracks which truly makes How I Got Over so impressive; such as the roll of ?uestlove’s drums in between ‘The Day’ and ‘Right On’ which then lead into ‘Doin’ It Again’ and ‘The Fire’. Those four tracks alone would make How I Got Over one of the best albums of recent memory. The fact that The Roots keep up that form throughout means that, if you’re really looking for where this album truly belongs, it’s up there with Sly And The Family Stone’s There’s a Riot Goin’ On or Marvin Gaye’s What’s Goin’ On – an album with a universal soul, heart and conscience, but a groove all of its own.