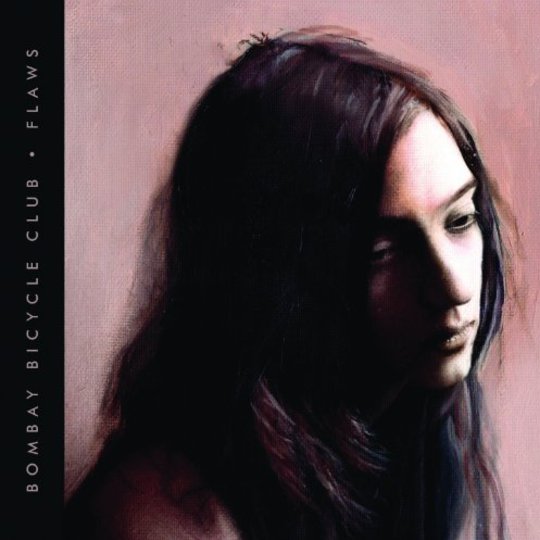 North London quartet Bombay Bicycle Club were barely out of short trousers when they released I Had the Blues But I Shook Them Loose - they could scarcely buy a carton of milk without somebody accusing them of being precocious.

But it looks like they've gone away for a year and done some serious growing up, if this second offering is anything to go by. A gushing attempt at stripped down, acoustic sincerity, Flaws could be the band's very own I Speak Because I Can. So when their peers were bumming around Thailand - climbing trees, building huts and smoking opium under the pretence of cultural enrichment - Bombay Bicycle Club were on a very different kind of explorative journey, flicking through the annals of folk with a glint in their eye and a belly full of youthful enthusiasm. The outcome of this comparatively tame voyage of discovery is Flaws, an album which sees the band re-invent themselves as an acoustic-only ensemble.

Most of us will be indebted to our folks for informing our early musical tastes and Bombay Bicycle Club are no different: the band admit to thumbing their parents' folk collection for nuggets of inspiration and Jack Steadman even had an epiphany of sorts when he heard Harry Smith's Anthology of American Folk for the first time recently. So from the Appalachian-tinged, Sufjan Stevens-esque banjo of 'There Are Many Ways', to the disappointingly safe renditions of Joanna Newsom's 'Swansea' and John Martyn's 'Fairytale Lullaby', the album maps this musical pilgrimage.

Although the four band members roughly share instrumental duties, and guitarist Jamie MacColl (who was probably plucking banjos in the womb), did employ his dad's production skills to lay down some of the earlier tracks, it was in fact Steadman who penned the majority of the album and produced the whole shebang all by himself, in his bedroom. So aside from the faintly skipping drum beat and distant banjo underlining Steadman's vocals, the rest of the group remain largely obscured by the frontman's ego-centric ramblings. Nothing new there then.

Chalky, bluesy vocals occasionally hint at Nick Drake, but Steadman's nasal timbre invokes Damien Rice (or is it Paolo Nuttini or Marcus Mumford?) and is slightly marred by this familiar ring. Lucy Rose's appearance on title track 'Flaws' doesn't do the album any favours either: overly saccharine and contrived, it verges on the cringeworthy: male-female duets should be confined to the bittersweet.

Beginning on an upbeat country note with 'Rinse Me Down', the stirrings of sunshine Americana are quickly hushed by the self-deprecating lyrical content of 'There Are Many Ways': “I've always been a coward,” whines Steadman, espousing an achingly maudlin tone throughout. These incessant outpourings of emotional tripe continue as the front man complains of a broken heart in 'Jewel' and 'Leaving Blues'. And although there's a tiny flicker of optimism offered by the fast-paced Spanish style guitar and whooshing drums of 'My God', the track is tainted by self-doubt and cosmological anxieties. Jesus, Mary and Joseph, this guy really needs to get laid. Someone hand him a glowstick and take him to a Skins' party! Quick. Flaws is serious stuff, far removed from the sex, drugs and rock and roll of adolescent youth: the phrase 'old before their time' constantly springs to mind. But if that's their bag, then that's fine.

Flaws is perfectly executed and well produced and if you inhale the album in short, sharp breaths, then you may just find the middle of the road a charming place to be, for a brief moment anyway. You've got to hand it to Bombay Bicycle Club: carving a whole record from this minimal aesthetic is brave, to say the least. As the band nakedly expose their talents in a brazen act of plucky self-confidence, we know these boys have balls, even if they haven't dropped yet.