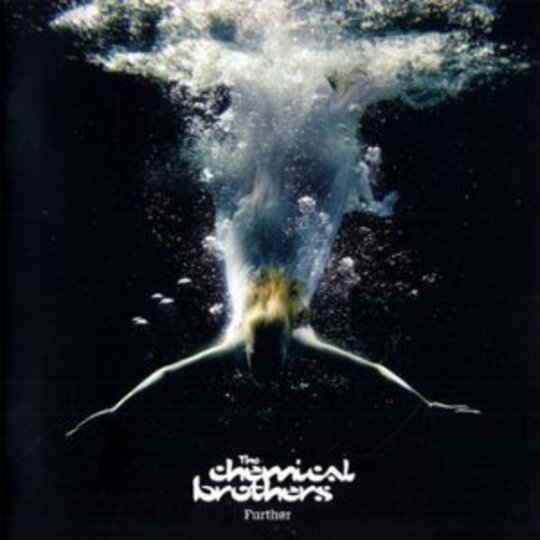 After making a couple of successful yet guest-heavy and unimaginative records, The Chemical Brothers have entered the new decade with something different. Gone are the big singles, the zeitgeist tapping guest vocalists and misjudged attempts at appearing on trend, which have been replaced with ambition and sonic exploration. Further is very much a cleansing record for the duo, as they shed some of their commercial baggage and return to making music for the love of doing so.

What’s immediately noticeable is that Further works as an album, rather than a collection of songs. This is something The Chemical Brothers failed to do on both 2007’s We Are the Night and 2005’s Push the Button, which both lacked any sense of cohesion or consistent style. Further, however, demands to be listened to in sequence, emphasizing its highs and lows and purposeful progression. So while Push the Button opened at full pace with three smash singles, Further begins cautiously with ‘Snow’, before being blasted into life with the scintillating 12 minute builder, ‘Escape Velocity’. All this shows that The Chemical Brothers are at last giving their music room to breathe again, generating mood and exploring new sounds and concepts.

It’s not that this isn’t a fun and thoroughly danceable record, but by making you wait for those moments of ecstasy, the payoff is enhanced. Take lead single ‘Swoon’: the sturdiest song on the album to standalone, yet in the context of the other tracks has an even greater power. Preceded by the dense and mechanical ‘Horse Power’, this flash of poppy euphoria delivers a much needed lightness that lifts the whole record. I can imagine this will translate particularly well as the band take Further to the stage, enhanced by the lighting and visual aspects of their performance. To give you a feel for this, the band has included a disk of visuals with the album; a nice addition, although I imagine they will be more inspiring projected with expensive lasers than from my shoddy laptop screen.

Despite the many positives, there’s nothing particularly groundbreaking here in terms of the wider electronic genre. The Chemical Brothers’ strength is in the grandness and scale of their productions, which I can imagine a field full of people somewhere basking in. Album highlight ‘Another World’ could almost be taken literally with its huge spacey synths, but even this is a difficult song to actually love. This track, like most of Further, is almost too big to be listened to indoors, yet when it lights up festival stages will seem perfectly at home. Funnily enough there’s even a nod to classic rock, perhaps unintentionally, as ‘Escape Velocity’ seems to borrow the synth arpeggios from The Who’s 'Baba O’Reilly'.

You have to give The Chemical Brothers some credit for re-evaluating their career now, when they so easily could have made a more commercially successful album following a tired formula. Further is at times a thrilling listen and barely puts a foot wrong, yet at a time when electronic music is expanding so quickly, it doesn’t shine as brightly as it might have a decade ago. Still, there’s a lot to celebrate here, and this is easily the best Chemical Brothers album in years.