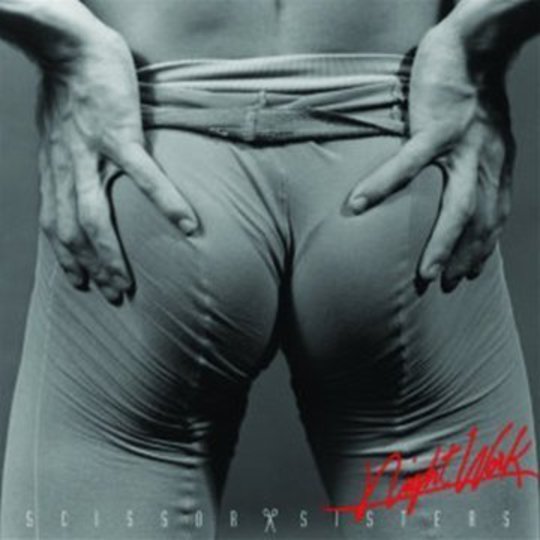 Scissor Sisters' electro-pop defined mainstream music in the Noughties, with every producer, songwriter and pop artist clawing for a bit of their success. Imitation is the sincerest form of flattery, though possibly not when that imitation is Mika. Even though Scissor Sisters have been consumed, digested and regurgitated by the mainstream, ‘Comfortably Numb’ was still a defining moment in pop.

But, when everyone else steals your band’s identity, what’s your next move going to be? With electro now being a staple of most mainstream pop from faux feminist Katy Perry to jailbait Cyrus and bucktooth Bieber, what exactly is the Scissor Sisters' niche? It’s obviously been something they’ve been have been contemplating over the past three years; Night Work is their second attempt at a third album after they were told by Elton John, on hearing their first attempt, to stock up on the pro plus and fags and get back to studio.

Rather than forging out a new identity for the band, Night Work, like some warped Buffalo Bill, tries on the skins of the corpses of hit songs from the past 40 years. Opener ‘Night Work’ has the howling riff of Duran Duran’s ‘Hungry Like The Wolf’; ‘Harder You Get’ takes on the drowning sleazy synths of Iggy’s The Idiot; ‘Sex And Violence’ has the same tense beat and desperation of Bronski Beat’s, ‘Smalltown Boy’.

You can’t focus on the quality of the actual tracks, as it becomes a distracting game of ‘guess that tune’. ‘Invisible Light’, starts off promisingly, with no discernable aural theft; the chorus is infectious and club beats create a driving pulse. But, as the beat drops an unnecessary “mwah, ha, ha, ha” voice of God a la Michael Jackson's Thiller interrupts and you’re yet again left guessing guess as to what the real identity of the band is. Lyrically, it’s like Keith Lemon’s black book with fake tan stains on the stuck together pages. ‘Running Out’ starts with some serious heavy breathing and ‘Any Which Way’ has Anna Matronic putting on her best phone sex voice for: “take me anyway you like it, in front of the fire place, in front your yacht, in front of my parents, I don’t give a damn baby, take me!”. Not sure, what the bum tapping masses of Asda are going to think when it ends up in their shopping basket next to a copy of Now, but it's hardly the sweet sentiment of ‘Take Your Mama’.

From Bowie to Ga Ga, some of the most memorable pop records are built on clichés about hedonism and sex. And, fair enough, the Sisters probably aren't being too serious. But it all feels a bit too top shelf, from the butt clenching cover up, with Jake Shears' tongue is so firmly in his cheek, it’s nearly puncturing flesh.

Night Work is a pastiche of Scissors Sisters’ former glories that sees the band desperately sewing together the leftover scraps of their idols in a vain attempt to recapture the pertinence of their debut. In an era when electro is pop, Scissor Sisters needed to deliver a record that reinvented them rather than reproducing the same tired tricks that half the charts are now turning. This is not it.

A Memory Is Better Than Nothing