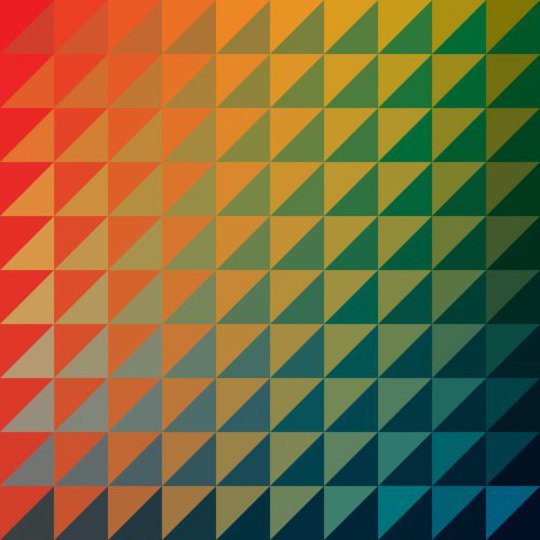 The Red Bull Music Academy basically seems like a good thing, in that it allows interesting-sounding seminars and awesome club nights to be strung together, and it’s definitely preferable that the portion of our tax pennies that go to fund arts grants for things like it continue to do so instead of, like, Trident. Amirite? Yet when you read that Africa Hitech were formed at a Red Bull Music Academy event back in 2007, where both members were delivering lectures, your kneejerk reaction is that this seems a bit peculiar and sterile. Doesn’t it? Musical partnerships are forged behind closed doors and/or at 4am in a club, not because someone is paying you to do it as part of a fizzy drink’s public relations drive. Moreover, the two people involved – Mark Pritchard of Global Communication, Jedi Knights and most recently Harmonic 313, and Steve White from enduring live electronic trio Spacek – are recognised and influential figures, not green young’uns hankering for a foot in the door.

Which is a reel ‘em in way of explaining that this first impression doesn’t, in fact, seem to impact much on Hitecherous, which has some tidy numbers among its six-track total (seven if you purchase digitally) and builds on both members’ past ventures while trying out some new moves. Maybe you saw this coming, and especially if you’re already wise to Africa Hitech’s ‘Blen’ single from a couple of months back. A sizeable chunk of pingponging bass manipulation and White’s ragga-derived vocals, it compares credibly – if a little obviously, granted – to The Bug. Its closest cousin on Hitecherous, meanwhile, is ‘One Two’ where matters are more minimally minded, sometimes sanded down to drumbeats, a single heart-like bassline and more of that ragga chat biz. For Pritchard, this is essentially new territory, and yet not entirely unexpected considering his meandering around the fringes of dubstep, Detroit techno and Dilla-ish splice-hop. A logical progression, even.

There are a couple of superior tracks on this mini-album, though. ‘How Does It Make U Feel’ is the opening track, and by a stretch the longest. Both members’ Detroit heritage is felt solidly across this eight-minute journey, as semi-acid basslines tussle with a rhythm running at a perky, almost US garage-y tempo and White’s high-voiced repeating of the title. Track three, ‘Lash Out’, is in a sense the polar opposite: subtlety is in short supply, juddering bass detonations and trebly synth riffs aren’t. It just stays on the right side of the good-taste line between, say, Starkey and Skream (with his thinking cap on) and Caspa and Skream (sans thinking cap), while having the sort of title any of that lot would probably have chosen too.

For the above alone, Africa Hitech are worth hearing. As a full record, though, at this relatively early point in their gestation we have to acknowledge that half of Hitecherous is superfluous, a promising beat looking for a song. Some of it is dubstep, some of it (well, er, one track) is an instrumental version of ‘One Two’ which might be of use to a hypothetical DJ, while if you’re one of those download-purchasing types one sometimes hears about, you get a bonus track called ‘Too Late’ which has more of the Spacek man’s housey vocals and a backdrop of nutritious digidub. Just as you think it might build into something substantial, the song finishes. Presumably, the pair will do more together in the near future; potentially, Africa Hitech is more interesting than Harmonic 313, and Spacek haven’t released an album for seven years so it seems silly to concern ourselves with them. Circa summer 2010, this is only ‘pretty good’, but it’s very easy to see how they might assert themselves among the bass legions.