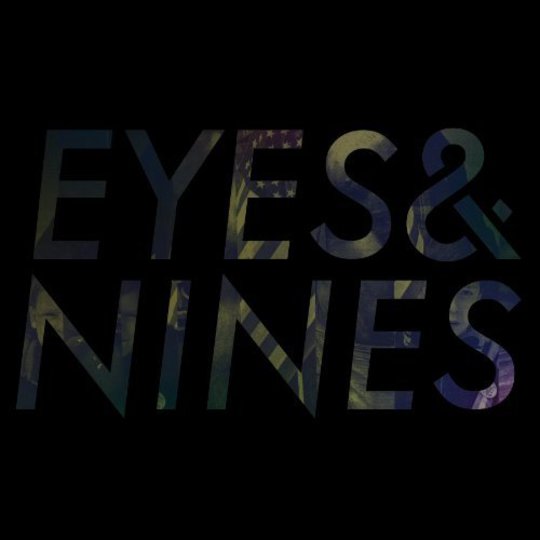 Johnny Music Industry being a shady bugger, there is probably a convoluted breadcrumb trail of reasons why Sacramento, California four-piece Trash Talk are on a label with Alkaline Trio and Rolo Tomassi; why they managed to get Greg Hetson from Bad Religion to appear on this, their third studio album; why they have been thirstily plated by more or less every rock-centric newsstand magazine and radio show in the UK. And, more pointedly, why pretty much no other fast hardcore / crypto-powerviolence band of recent times has managed to do anything very similar, despite playing an essentially similar style of music. While it isn't their fault that writers and subeditors with evidently scant grounding in hardcore collude to deem them THE MOST DANGEROUS BAND IN THE WORLD, one doesn't get the impression that they shrink from such hyperbole either. Nor should they be obliged to: this could all end tomorrow, man, so why not enjoy the ride while it lasts and collect a few silly articles to Blu-tak on the toilet wall?

However, since you asked, Trash Talk are not the most dangerous band in the world either in the live 'arena' (they're sweaty and interactive, no question, but... that's essentially what hardcore bands do) or on Eyes & Nines . They've adhered to their established less-is-more ethos, ten songs totalling 17 minutes – previous releases have averaged about a song a minute – and largely remain in the realm of thrashy, downtuned HC with no solos or choruses. How abrasive or extreme you find it will largely depend on your level of immersion in the various micro-styles they assimilate. The most direct practitioners of late-Nineties powerviolence (Charles Bronson, Asshole Parade); Canadian icons Cursed and various parts of their family tree; sardonic Dutchmen Das Oath: all these have paved the way to Eyes & Nines, should you already be a paid-up fan of Trash Talk and up for some backtracking.

Joby J Ford of The Bronx is the man behind the producer's console here; The Bronx are friends and former touring partners of TT, which presumably also goes to explain the presence of Bronx frontman Matt Caughthran on 'Explode'. He’s certainly not here because his appearance is essential to the song, which regardless is pretty banging. Sam Bosson earns his percussive keep with some monstrous drumming and the band as a whole make keen use of the 150 seconds by tapping into that nu-skool crust aesthetic – anyone who bugs out to bands like Tragedy or The Holy Mountain should be able to get down with this.

With a faint inevitability, there is also 'a slow one' in the form of 'Hash Wednesday', which is about Christianity in some form. There should probably be an official moratorium on sampling fire-and-brimstone preachers to lend gravitas to your music, as Trash Talk have done here, but with that out of the way it's down to the business of passable Eyehategod impersonating and, in Spielman's case, bellowing "I am the body of Christ!" repeatedly. He's a bit like that in the main, word-wise. Still, given that TT's previous lyrical output has tended towards hysterical, grandstanding nonsense, it's nice to report that Spielman's pseudo-profundity (not quite as tiresome as Frank Carter's Daily Mail comments box steez on the last Gallows album, but sharing enough territory to help explain why the two bands have proved a neat pairing in the UK) is now packaged inside some arresting imagery. Grievous overuse of alliteration, too, but still.

Eyes & Nines will probably not make legit stars of Trash Talk; more likely it will cement their status as a hardcore band for people who tend to listen to indie rock or metal rather than hardcore. This isn't meant in a snooty way: unless your listening habits are deliberately framed within a finite number of genres, chances are that your tastes encompass tokenism in some departments too. Prior to this album, though, their ability to draw fans from outside of the hardcore lifer clubhouse seemed to be in spite of what they sounded like, rather than because of it. This isn't so much the case now. It's not that it's a wimp move: the band can still kick up some serious dust, Spielman's throat is sounding better than ever for all its corrosion and, yep, ten songs in 17 minutes is still cheerleading for brevity.

Yet there are moments where the quintet separate foot from pedal and dip a toe in a kind of bro-rawk orthodoxy. The album's first song 'Vultures', in fact, has guitar parts that will probably be described as 'swirling' in several student newspaper reviews, and resembles no-one so much as TT's new labelmates Cancer Bats. Which isn't terrible, just inessential, and ill befitting the, allegedly, most dangerous band in the world. Plain speaking: there are a lot of currently operational hardcore bands that are better and more worthy of your time than Trash Talk.