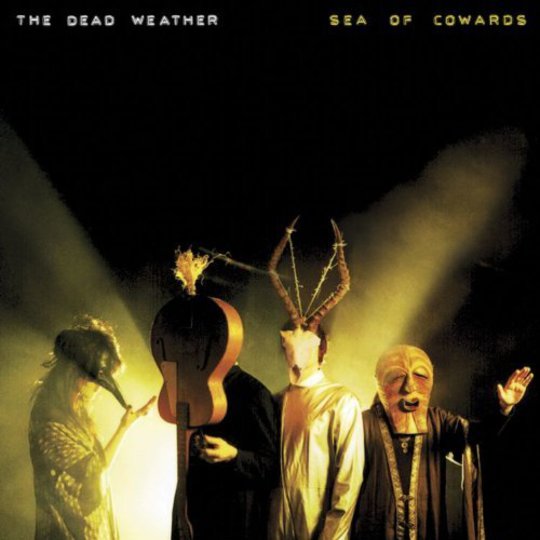 For all the wailing and teeth gnashing about the artist formerly known as John Anthony Gillis’ continuing adventures away from the bosom of The White Stripes, it can often seem as if the red and white purists who call for Jack White to drop his numerous other ‘projects’ and return to the studio as a Stripe have forgotten the state that particular ‘project’ had been left in. Take the last White Stripes album, 2007’s Icky Thump – for all its undoubted quality, only Pearly Kings and Queens and fans of Lancastrian colloquialisms would claim it be superior to the triumphant trio of albums that preceded it. In fact, Icky Thump arguably represents the first time White was stumped as to how to push the Stripes sound forward. Not convinced? Surely nothing screams that a band is out of ideas more loudly than a spoken word bagpipe track (see ‘St Andrew (This Battle Is In The Air)’)?

While the horny garage holler of The Dead Weather, the ‘supergroup’ White formed with The Kills’ Alison Mosshart, Dean Fertita of Queens Of The Stone Age and Greenhornes/Raconteurs bassist ‘Little’ Jack Lawrence, seemed to appear from nowhere at the start of last year, in hindsight the first signs Jack could soon be looking to a scuzzier sound could be heard on Icky Thump and even on 2008’s Consolers Of The Lonely, the second album from another of his side projects – the more trad rock combo The Raconteurs. The riff heavy likes of ‘Bone Broke’ and ‘Little Cream Soda’ on the former and the bolshiness of ‘Hold Up’ and ‘Five On The Five’ on the latter now seem like indicators that Jack White would soon be seeking the bile and belligerence that The Dead Weather have brought to his nu-blooze shtick.

All of which brings us to The Dead Weather’s second album Sea Of Cowards, which arrives just ten months after their debut Horehound (Dr Dre: please take note). It is fair to say that, for all the excitement and fervour that the unexpected arrival of the Dead Weather and their dirty, dynamic performances generated last year – from their surprise appearance on Glastonbury’s Park Stage to their free Halloween gig in a London church - their debut offering, for the most part, failed to reflect their explosive entry into the world. ‘I Cut Like A Buffalo’ and ‘Treat Me Like Your Mother’ came across as the seediest of sins forged in the unhealthiest hollows of Hades. ‘Hang You From The Heavens’ and ‘So Far From Your Weapon’ tried too hard to come across like that.

However, it is equally fair to say that Sea Of Cowards goes a long way in kicking such concerns to the curb. Opener ‘Blue Blood Blues’ takes up where Horehound left off, but its menacing, seesawing riff and Jack White’s clipped, taunting vocal imbue it with a conviction its predecessor rarely contained. But it’s ‘The Difference Between Us’, surely a future single, that really marks the divide between The Dead Weather now and then. Heavily treated organ gives way to a threatening, crunching riff and an understated but foreboding Mosshart warning “You can cry like a baby/Just let me do what I need to”, with White’s sparse, disciplined drumming providing the bent backbone until a thundering swamp rock crescendo that, unlike much of Horehound, relies little on White’s trademark guitar sound.

While ‘Hustle And Cuss’ and ‘I Can’t Hear You’ rely too much on the practically prehistoric blues template White has employed throughout his career, the slinky stomp and lusty roar of ‘Gasoline’ (Where Mosshart truly comes into her own ripping apart the line “I love you the most I do/When you’re so close to me/I can smell the gasoline”) and the crashing, panting, hair rawk solo-infused ‘Jawbreaker’ (featuring the payoff line “I’d call you a heartbreaker/but I reserve that for nicer things”) show that The Dead Weather have found the balls to break free of such constraints. Indeed, such is the confidence and imagination betrayed by the desert fried freakout ‘I’m Mad’ and mariachi reprimand ‘Old Mary’, they could have the White Stripes whiners wondering whether White now favours the Weather over the (ex) wife...