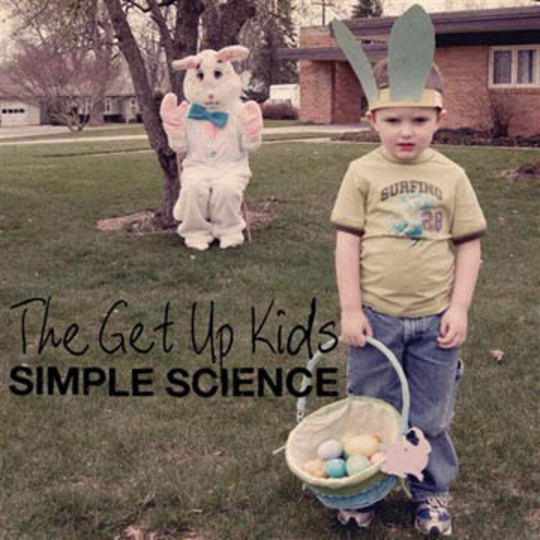 I must admit to being nervous as I download a promo for The Get Up Kids’ comeback EP. You see, like a lot of indie-orientated guys of my age, I have a history with TGUK. Something to Write Home About, the band’s best loved record, was released during a point in my teenage years when I was beginning to enter both emotional and musical maturity (goodbye The Offspring & snogging, hello Fugazi and heartbreak.) As a result it immediately struck a chord and I developed an affection for the album that has put it well beyond the realm of objective appraisal.

But that was 11 years ago and a lot has changed since. Following on from Something... TGUK began to move away from the rough edged early-emo sound that made their name in order to chase more mature alt-rock territory. Needless to say, by the time TGUK split in 2004 we’d grown apart; in all honesty I barely listened to their final album The Guilt Show, and their demise didn’t affect me anywhere near as much as it would have five years earlier.

So why now, after just six years apart, does the prospect of new Get Up Kids material make me both tentatively excited and fairly nervous? Well, for one thing, the whole Nineties emotional-punk thing seems to be enjoying a quiet, yet certainly welcome, resurgence of late with the likes of Sunny Day Real Estate, Cap’n Jazz and TGUK themselves playing well received reunion shows. So if TGUK are going to make a go of this reunion, right now feels like the right time.

On the downside though, recording new material post-reunion is rarely a good idea – there’s a reason the Pixies reunion has cruised along much more pleasantly than, say, the Smashing Pumpkins’.

Fortunately my nerves are misplaced. A first listen to Simple Science turns out to be much like getting into a swimming pool you fear to be too cold; once you stop worry and just plunge in it turns out to be nowhere near as bad as you feared it might be. In fact it’s not bad at all. ‘Your Petty Pretty Things’, the opening number, is a classic mid-tempo Get Up Kids song – catchy, driven and neither lacking in inspiration nor overtly ambitious. It’s just a good, solid rock song.

Actually, what becomes quickly apparent is that, while I may have over-thought the prospects of TGUK comeback, the band haven’t. Simple Science was recorded relatively quickly as the band returned from touring and it sounds as if they didn’t allow themselves time to worry much about the results. This isn’t a group trying to replicate their glory days or purposely finding a new direction; it just sounds like a group of talented song writers getting together to play music for the first time in a few years and seeing what comes out – and that’s certainly a good thing.

Final track ‘How You’re Bound’ is the EP’s highlight, showcasing TGUK’s ability to write warm, heartfelt, down-tempo songs about love – something which has always been their best trick. Built around a understated drum-machine and plucked guitar chords it’s the part of this EP that comes closest to reigniting the connections I once felt to TGUK.

Alright, so maybe nothing across this EP stands out as really great, but it’s certainly all at least pretty good. As Simple Science is the first of a run of three EPs TGUK plan on releasing in 2010, then whether it’s retrospectively seen as either good but forgettable or as the dawn of a whole new era will probably depend on the quality of its two successors.

The Hundred in the Hand