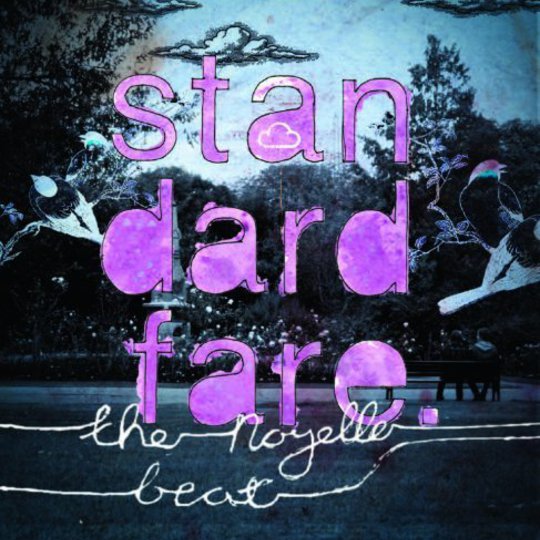 There is something endearing about the shambolic aesthetic of would be indie-pop darlings Standard Fare. Following the template perfected by Los Campesinos!, the Sheffield band manage to share the same heritage while extolling very different virtues.

On debut album The Noyelle Beat you’ll find the hopeless naval gazing last seen sinking beneath the bravado of Brit pop. In fact there are traces of perennial wallflowers Spearmint amid Danny Howe’s deadpan delivery, though the pining of Emma Kupa is distinctly more sexual, placing herself somewhere between Kate Jackson of the Long Blondes and the Pippettes (mk 1.5) only without the predatory undertones.

Arriving with the brazen Boo Radleys crunch of ‘Love Doesn’t Just Stop’, Standard Fare instantly stake their claim for incumbent under-achievers of the year. ‘Fifteen’ is a tale of under-age seduction, as Kupa cries "You’re only 15/what was I thinking?" over a ramshackle riff and a drum pattern nicked from Ringo. It sets the spine tingling; not for paedophilic reasons, you understand, rather an adherrance to a formula much over-looked. This is one for every slightly awkward bedroom dancer, for the kids who pine for a return to the indie scene of the late Eighties… only without the political stimulus.

Elsewhere ‘Secret Little Sweetheart’ takes the bloated sense of self congratulation away from Britpop, leaving stripped back beauty. Spiky guitars surround young Danny Howe, and as he intones "you’re not lovesick/because I said so".

For all the charm and self-effacing here, there are moments when the record falls flat, notably on the lovelorn and rather sickly ‘Philadelphia’. As Ms Kupa intones "global warming is getting me down/it’s making the sea between us wider and deeper", wistful arpeggios are draped across a lazy bassline before the pace picks up for yet another slightly-shouty chorus.

Standard Fare are endearing, they are easy to relate to but ultimately The Noyelle Beat is a little gutless. The lack of low-end isn’t a problem as such, but it does leave the band lacking – it’s all very nice having a driving chorus but when it relies on an aging Telecaster there are times when a bit of clout is needed. Yet at times it’s this half-arsed aesthetic that saves the band.

The jagged edges of ‘I Know It’s Hard’ are chamfered by Kupa’s defeated lust, the tragic scenes evoked by the chorus are ones to savour. And somehow it’s difficult to ignore the sense of fun in Kupa’s lyrics here: "it’s my favourite thing Saturday/Sunday morning/dancing with you in the living room". Standard Fare don’t do profound but there is a youthful exuberance underlying almost everything they do.

For all their allusions there is something fresh here. Evoking the spirits of Spearmint and the Boo Radleys is hardly an overused tactic, nor would you think an advisable one. But somehow the raw energy and sense of summer lift the record and serve to emphasise the introspective moments even further.