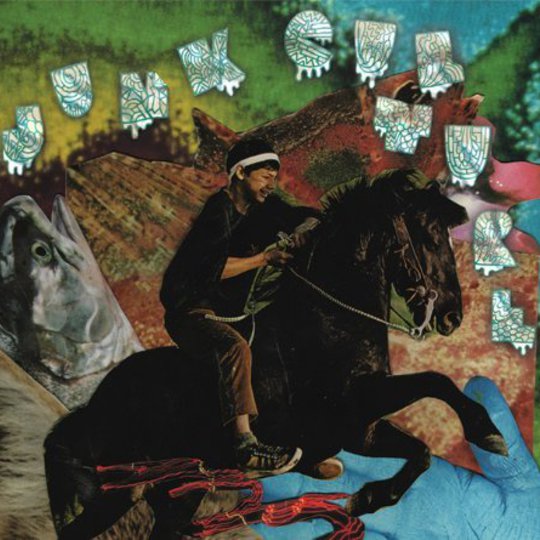 Sample-focused releases are hardly revelatory these days; indeed it increasingly seems Apple may have already trumped Fender as post-millennial pop’s brand of choice. Under the moniker of Junk Culture, Portland based Deepak Mantena’s debut thus comes as a welcome reaffirmation of the playful potential offered by a truly eclectic cut and paste musical cocktail - a nineteen-minute distillation of hip-hop rhythms, spliced samples, and lo-fi synth loops.

Welding cut-up segments of The Field’s ‘Everyday’ onto a poly-rhythmic percussive chassis, opener ‘West Coast’ swiftly sets the record’s tone, weaving seemingly incompatible strands into a surprisingly accessible sonic tapestry. And it’s this accessibility that gives the EP such a unique quality, allowing the effortless flow between elements as distinct as Bengali folk music and games console bleeps to fuse into joyful, none too serious slices of leftfield pop bliss – an offhand manner that presents a refreshing alternative to comparable, yet more clinically precise, offerings of label-mates Girl Talk and Steinski.

At times the sheer extent of swings between rhythms, tempos and textures risks tainting West Coast’s character with a schizophrenic air, a prospective shortfall skilfully sidestepped by Mantena’s embrace of decidedly raw production values that instead lend the EP a haphazardly organic quality, reminiscent of Mellow Gold-era Beck. The jump from the barely minute-long dreamlike tease of ‘For Elsie’ to the succeeding techno-pulse of ‘That’s Not Me’, demonstrates the strength of such an approach – effectively transforming the oriental strums of ‘For Elsie’ into an off-kilter prefix to the Animal Collective / Patti LaBelle sampling groove of the EP’s standout track.

Of course, as on any sample heavy work, the potency of the cuts themselves occasionally end up overshadowing their respective host constructions, leaving a few twinges of frustration when they’re abruptly curtailed by an incoming stab of traditional African percussion or ambient background chatter. Still, Mantena’s ability to coalesce such an extensive sonic palette into an all-embracing spirit of foot-tapping nonchalance rids the EP of any latent aspects of overkill – a trap befallen by many notable contemporaries. Junk Culture maybe, but one for the musical scrapheap, no way.