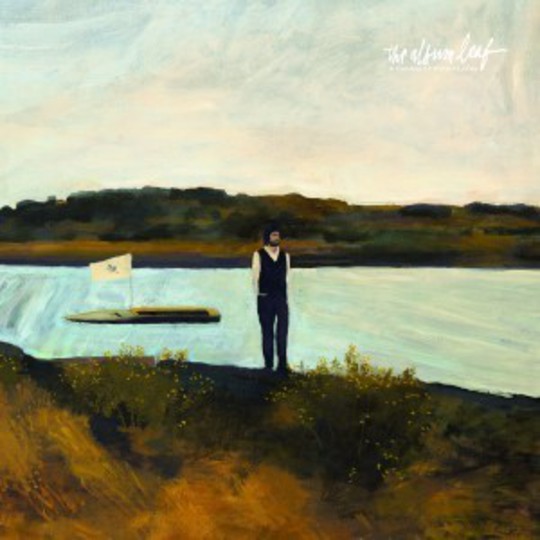 As the founder member and key orchestrator of The Album Leaf, Jimmy LaValle is arguably one of post-rock's focal figures, even as the genre goes through something of a restrained phase. Not only a keen multi-instrumentalist, LaValle is also the brains behind the mixing desk, having produced, having engineered and assisted Sigur Rós associate Birgir Birgisson with the mixing of A Chorus Of Storytellers in equal measures. Indeed the process used by LaValle and co. in making this fifth album was thoroughly measured and languorous, not to mention the first time The Album Leaf's seven-piece touring band have all been involved in a recording context.

Recorded in Seattle in the early part of 2009 with Ryan Hadlock, perhaps best known for his work on The Gossip's Standing In The Way Of Control, A Chorus Of Storytellers was then mixed last summer in Reykjavik by Birgisson, who also contributes vocals on several of the tracks here. Although there are obvious similarities in some places with Birgisson's main outlet of creativity - 'Falling From The Sun', co-written and sung by Pall Jenkins of The Black Heart Procession wouldn't have sounded out of place on Med Sud I Eyrum Vid Spilum Endalaust for example - the layered textures and subtle ambience that punctuates A Chorus Of Storytellers suggests it's more a case of business as usual so far as The Album Leaf are concerned.

Indeed, throughout their entire five-album career, they've mastered the more subtle elements of post-rock and combined it with the kind of incidental aural imagery David Lynch conjures up in his sleep. Listening to A Chorus Of Storytellers, its no surprise that The Album Leaf's last major venture was performing a film score at the 2008 International Film Festival, and while there's no denying the musical dexterity and ardent striving for perfection that went into making the record, it doesn't always make for ideal listening pleasure.

The dual instrumental openers of 'Perro' and 'Blank Pages' set the scene for what on the surface could have turned into just another ambient record crying out for a visual overload of some form or another. That there's almost a disjointed feel thanks to the inclusion at random points of 'There Is A Wind', the aforementioned 'Falling From The Sun' or colossal breakdown of 'We Are' splits A Chorus Of Storytellers up into three parts, the segueing likes of 'Summer Fog' and 'Within Dreams' almost playing the parts of interludes rather than the distinctive individual segments they were intended to be.

Of course there won't be too many complaints from those already familiar with LaValle and The Album Leaf's past body of work. A Chorus Of Storytellers fits in quite succinctly alongside its predecessors, and while perhaps not scaling the skyscraping heights of An Orchestrated Rise To Fall or In A Safe Place, doesn't rally represent a decline in standards either. At the same time though, maybe something a little less predictable would have proved slightly more favourable in the current climate.