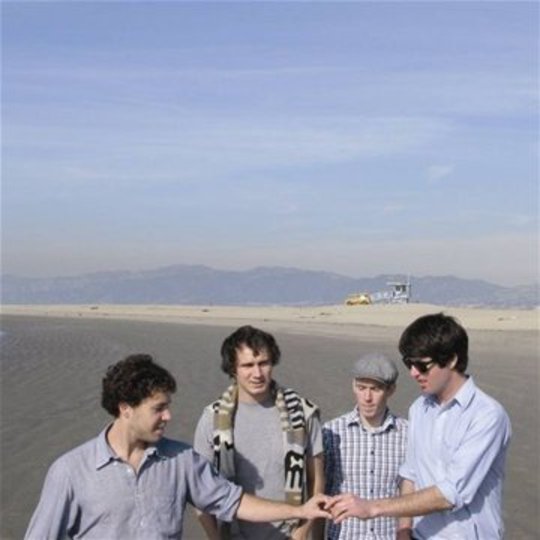 Anytime people start panicking about that nasty free internet putting an end to music, they should always consider The Dark Times of the early Noughties. Remember the garage rock revival of 2001-2002 ish? Sort of conflated with the NME’s New Rock Revolution thingy? Yeah: how many bands were actually involved? It was, like, ten tops, pulled together from across absurd geographical distances (the US, Sweden, New Zealand... the UK if you will insist on counting The Blueskins).

And the reason you can tell things have got better is that by the standards of 2001, we’ve got ourselves quite the garage rock revolution cookin’ right now. If it were to have a figurehead (which it doesn’t) then it would be the late, great Jay Reatard. If it were to have some elder statesmen/women then you’d probably look to Yo La Tengo, whose pseudonymously released cheap’n’sleazy covers set Fuckbook comes with approximately 400 per cent more relisten value than the complete works of The Hives. And then we’re got the youngsters: Vivian Girls, Nodzzz, Japandoids, Crystal Antlers, Ganglians, The Soft Pack. A whole bunch of stripped back, psyche and garage inflected folks, but in 2010, no big deal. There’s such a dizzying glut of music swirling around in the ether at the moment that clawing a scene out of a handful of fairly classicist bands would look scarcely less eccentric than throwing one's own shit at the wall.

The Soft Pack’s self-titled debut album, then, is a record that comes unweighed down by anything so vulgar as cultural import or the expectation that, in the greater scheme of things, it really MATTERS that it’s with us right here, right now. They even ditched the somewhat 21st century baggage of their old name The Muslims. Yet there's something special about them for that. Sure, all sorts of bands nod heavily to the past, but that's the thing: it's just a nod - you'd never have actually mistaken Oasis for a Seventies band. Listen to The Soft Pack and it's only Eli Janney’s punchy production that offers any real clue to the fact this is a contemporary record. The hooks are whipsmart and constant, but there’s a modesty here, no sense of pastiche or knowing reference, no sense the San Diegans are having a lark pretending to be their own musical heroes. What's more, even the most furious of rockers tend to be dispatched in a minor key, singer Matt Lamkin sounding mournful throughout, even when tossing off dumb-on-paper lines like ‘C’mon’s chorus of “army, navy, airforce and marines... ah, c’mon”. The guy often sound so down it's hard to tell if the distressed half drawled, half barked refrain “won’t you give me one?” on ‘Inflammable’ even constitutes an innuendo.

What we have then, is a ten track, half hour record that shows a band with two sides. There’s the Soft Pack that does Velvets-influenced college rock superbly – the searching, urgent chimes of ‘Answer to Yourself’, with its half-shouted, half-positive, half despairing chorus of “I’m going to die before my time... try it anyway” recalls prime Dream Syndicate, ‘Pull Out’ the twangy surf guitars of the Pixies, while Peter Buck’s harder Eighties tones haunt throughout. Then there are the marginally sloppier psyche rockers, where an organ fizzles along with the same need sleep-but-won’t sleep urgency as Lamkin – see ‘Move Along’, ‘Inflammable’, ‘Parasites’. And it’s done brilliantly, with no frills, no ego, no sense of homage (just some damn fine influences), no fat, no bullshit, nothing bar hooks, energy and a certain air of ineffable sadness for good measure. Sometimes you need to believe a scene or movement will save your life. Other times, there’s nothing wrong being casually blown away by a record like The Soft Pack.