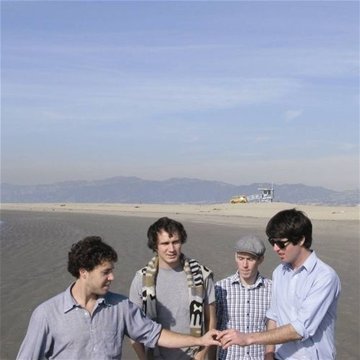 Sometimes you need to believe a scene or movement will save your life. Other times, there’s nothing wrong being quietly blown away by a record like The Soft Pack.»

the soft pack, the most exciting young band in america right now, release their self titled debut long player on heavenly recordings. an album that is set to be the best rock-garage-pop-punk debut of next year. to record their eponymous debut the soft pack decamped to an apartment in new york to work with eli janney, once of 90s alternative rock behemoths girls against boys but latterly a much in-demand producer and mixer. having fleshed out the songs already in their native la matt lamkin, matt mcloughlin, dave lantzman and brian hill recorded their classic 30 minute debut (with the exception of album closer 'parasites' which was recorded under the bands former moniker the muslims) album in under a month. it melds the brittle charms of the modern lovers and wire with a muscular garage rock dynamism.
description from www.roughtrade.com