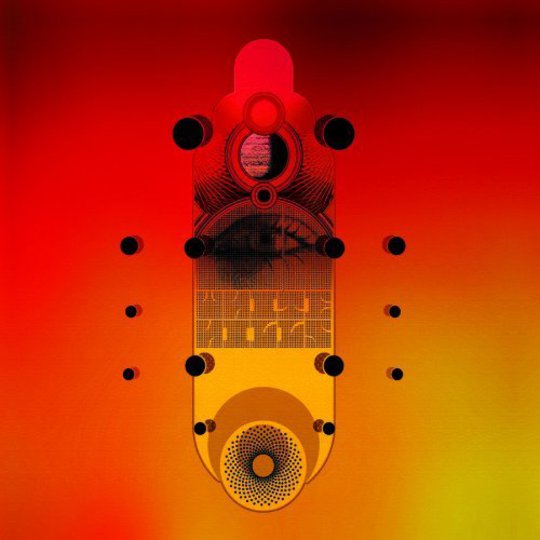 It’s taken me all of 22 years to get to the stage where I can identify the single thing about a piece of music which makes me sit up and go ‘Buh?!’ That single thing is the riff. And I don’t mean a hook, or a beat, or a melody or a tune, I mean a riff. Something played on a guitar. By a man or a woman who you wouldn’t take home to meet your parents. And preferably cranked through an array of pedals and an amplifier the size of a small horse.

‘Three Quarters’ is a titanic example of the riff, and it’s going to take some beating in 2010. Planet-sized, yet horrendously simple, it’s genuinely a struggle to describe it as anything other than life-affirming: there’s very little more grin-inducing than the thought of someone somewhere making this in a studio.

Though a studio doesn’t quite seem the right environment for New York’s White Hills. There’s an extra-terrestrial nature to their fuzz-laden psychedelia which implies a recording process stretching beyond mere studios: like many of my favoured records, it seems almost to be too large, too grandiose in scale for it to actually fit inside a wood panelled room. Closing track ‘Polvere Di Stelle’ builds itself into a towering inferno of guitar scree, individual lines dropping in and out over a trudging bassline. The lasting impression is of the band stuck on a landing pod as it burns up on re-entry, playing their last, wildest gig as their ship flies straight into the sun.

This is the third White Hills release proper, following on from 2007’s Heads On Fire, and where its predecessor was something of a one-trick pony, White Hills expands the template a little. The Hawkwind meets Mudhoney drive of the first two records hasn’t been abandoned entirely, but the influence of a recording process featuring Kid Millions of Oneida behind both the kit and the production desk (at Oneida’s custom built ‘Ocropolis’ studio in Brooklyn) is noticeable: tracks like the haunted ‘Let The Right One In’ demonstrate that same sprawling tantrism endemic in the mighty O’s most recent recordings.

But even if opening track ‘Dead’, with its muffled, channel-switching vocals and gigantic chord changes suggests that the band have absorbed and regurgitated their surroundings, there’s plenty of variety on display here.. There’s the looming kraut rock of ‘Counting Sevens’, the aforementioned desert rock riffery of ‘Three Quarters’, and even space age instrumentalism, represented by the whirring ambience of ‘Glacial’. And what surprises about this latest incarnation of the band is how ably they manage each: there’s a seamless nature to the album as a whole, perhaps underpinned by Millions’ busy yet ineffably tight percussion.

Yet these are all essentially variations on the same theme: what White Hills is and will always remain is a slightly retrograde slab of psychedelic rock music. This isn’t an album to expand musical horizons, as much as it might expand a few minds. Yet it’s deeply enjoyable and more often than not thrilling to hear a band mouthing “We don’t care” over and over before showing two riff shaped fingers to the naysayers.