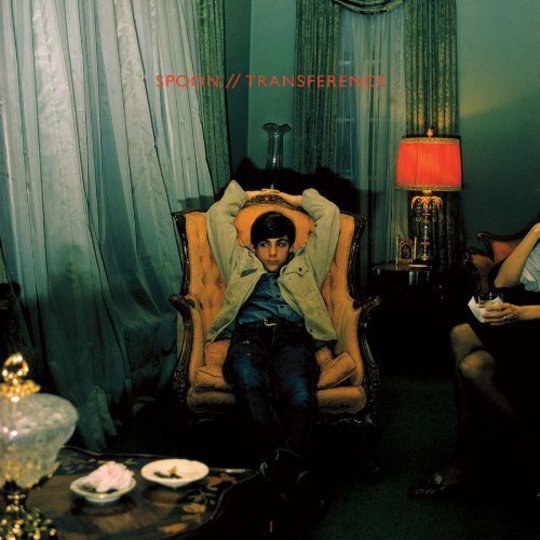 Spoon are a pretty consistent bunch. Consistent in sound and pretty darned consistent in quality. Since their 1996 debut Telephono they have gradually refined the Pixies-indebted indie rock of that record into something simultaneously more pop-savvy and complex with their neat use of production tricks an increasingly distinctive trait. Ga Ga Ga Ga Ga, from 2007, saw Spoon reach their apex in this regard; a record where auditory adventurousness (see 'The Ghost of You Lingers') and pop nous ('The Underdog') not only sat comfortably side by side, but where the former actually served the needs of the latter, as on the modernised Motown of 'You Got Yr. Cherry Bomb'

While Britt Daniel has described Transference as a consciously "uglier" album than its predecessor, opening track 'Before Destruction' allays any fears that Spoon might have succumb to the classic pitfall of confusing ludditism with authenticity/raw energy. Sure, Daniel's voice and the acoustic guitar that forms the basis of the songs verses are relatively ragged around the edges, but the warbly Beach House-style synth drones and dreamily layered backing vocals are more suggestive of a continuation of Spoon's typically high production values. The following 'Is Love Forever' reinforces this impression, with the satisfyingly phat thump of Jim Eno's typically restrained drumming, which is a constant presence, right through to the shuddering groove of closer 'Nobody Gets Me But You'. Only the excellent 'Trouble Comes Running' sounds wilfully lo-fi, the clattering drums confined entirely to the left channel with the scratchy guitar to the right. An irresistibly catchy racket is it too; and if the song perhaps only really stands out by virtue of its low production values, then this is only because such a high quality of songwriting is sustained for the duration of Transference.

Looking beyond the production, there isn't a great deal to distinguish Transference from other Spoon albums. The warbly synths from 'Before Destruction' return to lend the chorus of 'Mystery Zone' a psychedelic pop haziness and 'Who Makes Your Money' a warm sensuality. It hardly amounts to a bold new musical direction. Minus the classicist pop flourishes which adorned its predecessor, it is certainly a less immediate record. The most accessible moment is undoubtedly the piano heavy old school R'n'B stomp of 'Written In Reverse', with Daniel's pipes switching between a Prince-style falsetto and a hoarse snarl. This and 'I Saw the Light', with its descending melody and epiphanic chorus, form a swaggering centrepiece, although the latter track is more memorable for its sudden change of pace from grinding metallic guitars to a swift motorik pulse.

On first few listens Transference might leave some a little cold, especially those who first came to Spoon through Ga Ga Ga Ga Ga. It's hard to pin down exactly what the emotions at play are, partly attributable to the ambiguously casual musical and vocal delivery. 'Goodnight Laura' and 'Out Go the Lights', however, provide a bit of an emotional one-two. The former, a gorgeous piano ballad, finds Daniel at his most earnest, cooing tenderly to the titular Laura "You close your eyes and slow yourself and let the worry leave you, and let go of out it all just for this evening." 'Out Go the Lights' meanwhile declares an admiration for the classic 'The Underdog'-figure over melancholic chiming guitar.

Generally, however, you need to dig a little deeper to find pathos. Closer 'Nobody Gets Me But You' is an appropriate culmination of Transference's strengths in this respect: crowd noises, fragmented guitar and bursts of piano shatter the restraint of the mechanistic beat and bass groove in poignant reflection of Daniel's desperation to articulate himself, expressed in lines like "Nobody gets what I say, must be some way to convey it."

Transference won't stand out as a landmark album for the Texan four-piece, but such is the overall quality of that back catalogue this is by no means a slight. It would be a horrible shame for Transference to be underestimated as a result of existing in the shadows of a more ostensibly POP record like Ga Ga Ga Ga Ga, because Transference doesn't want for melodies or hooks. Spoon are equally as enjoyable, and perhaps that bit more intriguing, when they are a little bit harder to fathom. Plus, to put it simply, there ain't a duff track to be found here.